Where Do You Start

The Brad Mehldau Trio’s Where Do You Start is a companion disc to the critically acclaimed Ode. Whereas Ode featured 11 songs composed by Mehldau, Where Do You Start comprises the Trio’s interpretations of ten tunes by other composers, along with one Mehldau original. "The pianist builds his improvisation like a master storyteller," says NPR's Fresh Air. The album, says the BBC, "points to Mehldau entering a new prime phase in his career."

Nonesuch releases the Brad Mehldau Trio’s Where Do You Start, a companion disc to this spring’s critically acclaimed Ode, on September 18, 2012. Whereas Ode featured 11 songs composed by Mehldau, Where Do You Start comprises the Trio’s interpretations of ten tunes by other composers, along with one Mehldau original. Ode was widely praised, with London’s Daily Telegraph, in a five-star review, saying that it “shows Mehldau’s inventive powers are as fresh as ever ... and the interplay with Ballard and Grenadier is masterly.” The Brad Mehldau Trio is Mehldau on piano, Larry Grenadier on bass, and Jeff Ballard on drums.

Brad Mehldau moved to New York City in 1988, studying at the New School and playing in a number of different combos—including a stint in label mate Joshua Redman’s quartet—before becoming a bandleader himself. His trio, which tours the world extensively, made eight acclaimed recordings for Warner Bros., including the five widely praised Art of the Trio albums with former drummer Jorge Rossy, which Nonesuch released as a boxed set in December 2011.

The pianist’s eight years with Nonesuch have been equally productive, beginning with the solo disc Live in Tokyo and including five trio records Day is Done, House on Hill, Live, Ode, and Where Do You Start, as well as a collaboration with soprano Renée Fleming, Love Sublime; a chamber ensemble album, Highway Rider; and two collaborations with label mate Pat Metheny, Metheny Mehldau and Quartet, the latter of which also includes Ballard and Grenadier. In addition to the Art of the Trio box set, Mehldau’s other two Nonesuch releases last year showcased additional facets of his varied career as it enters its second decade: his live solo performances on Live in Marciac and his collaborations with genre-crossing musicians on Modern Music, with composer/pianist Kevin Hays and composer/arranger Patrick Zimmerli. 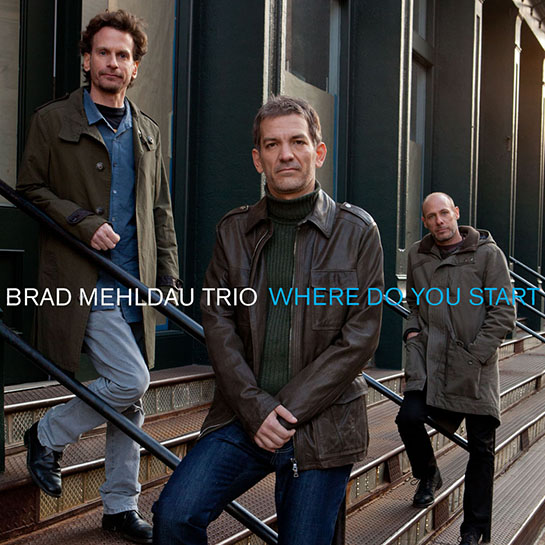