The multiple Tony winner expands her repertoire with stunning interpretations of material by John Mayer, Rufus Wainwright, Randy Newman, Neil Young, Laura Nyro, and others, as well as by Broadway compatriot Adam Guettel. The Boston Globe called this collection “a revelation.”

“Ms. McDonald … forces one to reconsider conventional musical definitions. What is the difference between a show tune, a theater song and an art song when someone of Ms. McDonald’s formidable talent and impeccable taste takes them on? The vocal luster and intense commitment she imparts to whatever she sings automatically lifts it to a higher elevation.” —New York Times

Nonesuch released Audra McDonald’s first solo album in four years—Build a Bridge—in September 2006. Known for her work on Broadway, which has earned her four Tony Awards, and her musical theater and classical performances with her ensemble and the world’s most renowned orchestras, McDonald looked beyond her usual repertoire for this record. The result is a thirteen-song collection of music written by artists from the pop world, including Elvis Costello, Randy Newman, Laura Nyro, and Neil Young; younger songwriters John Mayer, Rufus Wainwright, and Nellie McKay; and compositions by her longtime friend and collaborator, musical theater writer Adam Guettel (The Light in the Piazza), among others. “I just choose material that moves me. My hope with this album is that people who are familiar with the artists will enjoy a different take on them,” McDonald says about changing things up a bit for her fourth Nonesuch solo record. “It’s still me,” she continues. “I’m not singing these songs with a different voice or style. As always, I chose songs that I enjoy mining for their emotional gold.”

To help her find her way, McDonald turned to her longtime musical director Ted Sperling, who recommended she bring in Doug Petty, a session keyboardist who has played on albums by Sarah McLachlan and Roseanne Cash, to handle production duties.

When McDonald performed several songs that appear on Build a Bridge at Lincoln Center’s American Songbook series in January 2005, the New York Times called her a “one-woman crossroads of vocal genres whose conceptual flair and vocal flexibility upend conventional wisdom about the boundaries between classical and popular song.”

Build a Bridge was recorded between November 2005 and March 2006 in New York and Los Angeles as McDonald prepared to make her operatic debut with the Houston Grand Opera. The Fresno, CA, native has been working pretty much non-stop since making her Broadway debut in The Secret Garden shortly after graduating from Juilliard in 1993. From there, her career picked up apace when she earned Tony awards in 1994, 1996, and 1998 for Carousel, Master Class, and Ragtime, and again in 2004 for the revival of A Raisin in the Sun.

In addition, McDonald has recorded three previous solo albums for Nonesuch—Way Back to Paradise (1998), How Glory Goes (2000), and Happy Songs (2002)—toured the US, and appeared regularly on many of the great stages of the world including in London, Paris, and Berlin. On television, McDonald has performed in numerous PBS specials and starred in Mister Sterling on NBC and Private Practice on ABC. In 2001, she was nominated for an Emmy for her performance in Wit—the HBO film of the Pulitzer Prize-winning play directed by Mike Nichols and starring Emma Thompson. 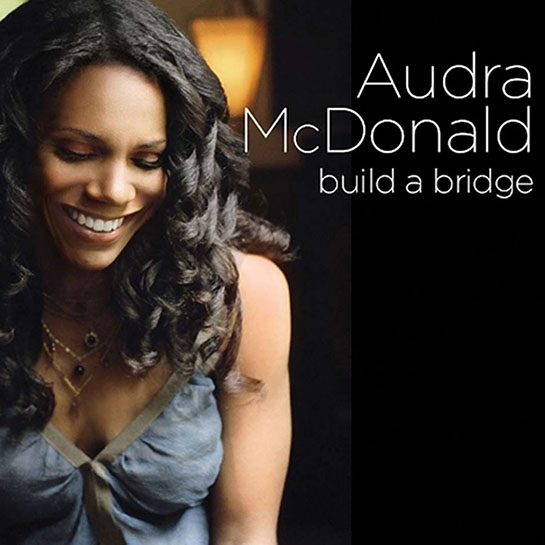