When then-five-time Tony Award-winning singer and actress Audra McDonald (she has since won a record-breaking sixth Tony Award for her performance as Billie Holiday in Lady Day at Ermerson's Bar & Grill) decided it was about time she step back into the recording studio—it had been seven years since she’d released her last solo effort, Build a Bridge—the concept for her fifth Nonesuch disc came together quickly, starting with the title, Go Back Home. As she recounts, “If there were a Broadway show written about my life, especially the last seven years, this would be the soundtrack. That’s the main theme of the album, coming back home to my physical roots, to my theatrical roots, coming back home to singing—coming back home to me, in a way.”

In the intervening years, McDonald, already a familiar face on network television, enjoyed a long-running role on the hit ABC medical-drama series Private Practice. But she increasingly longed to return full-time to New York City, where merely a year after graduating from Juilliard she established her name as a rising musical theater star, earning a Tony Award for Best Performance by a Featured Actress in a Musical for the 1994 Lincoln Center production of Carousel. That was just the first in a series of award-winning performances: Before McDonald reached 30, she garnered two additional Tonys in the same category, for Terrence McNally’s play Master Class (1996) and for his musical Ragtime (1998). In 2004, she won a fourth, for A Raisin in the Sun.

McDonald’s first move when she decided to come back east was to take on the demanding lead role in director Diane Paulus and playwright Suzan Lori-Parks’ adaptation of George Gershwin and DuBose Heyward’s Porgy and Bess, a stunning performance that proved to be as arduous as it was acclaimed. That earned McDonald her record-tying fifth Tony Award, her first as Leading Actress. Recounts McDonald, “Coming back from Los Angeles and immediately going into Porgy and Bess—something so difficult, such a major role to tackle—it felt wonderful in the way that if you haven’t been exercising in a while and then you start and you are in a lot of pain, but it’s good pain. It felt great to come back and stretch my muscles again and feel more like myself again in a theater. I had a wonderful time on Private Practice, but coming back home to the theater and to singing again made me feel that I was whole.”

The songs she selected for Go Back Home, in collaboration with music director Andy Einhorn and producer Doug Petty, ranged from classic pieces by Rodgers and Hammerstein (“Edelweiss,” from The Sound of Music) and Stephen Sondheim (“The Glamorous Life,” from A Little Night Music) to a pair of should-be standards by John Kander and Fred Ebb (the title track, “Go Back Home,” from The Scottsboro Boys, and “First You Dream,” from Steel Pier); to work by her brilliant contemporaries Adam Guettel (“Migratory V,” from Saturn Returns) and Michael John LaChiusa. (She debuts two pieces, “Virtue” and “Married Love” from a new LaChiusa work in progress inspired by Marlene Dietrich’s ABCs, a collection of aphorisms dictated by the legendary star). McDonald also showcases young discoveries like Marcy Heisler and Zina Goldrich (“Baltimore”), Will Reynolds (“Tavern,” adapted from an Edna St. Vincent Millay poem), and Adam Gwon, whose grounded-in-reality New York City love story “I’ll Be Here,” from Ordinary Days, is a deceptively simple piece that packs a tremendous emotional wallop. It’s become a showstopper in McDonald’s concert performances, and she always makes sure to follow it up with the gentler entreaty of Styne-Comden-Green’s “Make Someone Happy,” the song that closes Go Back Home.

For McDonald, herself a mom of a young daughter, Sondheim’s “The Glamorous Life” particularly resonates, with its story of an actress mother, told from the perspective of a sometimes starry-eyed daughter. More than a few songs are tributes to her late father, a pilot and a jazz musician, who died in a plane crash six years ago. Images of flight recur, from Guettel’s prayer-like “Migratory V”—which McDonald now performs in concert accompanying herself on piano, something her dad had challenged her to do—and “First You Dream.” “Edelweiss,” arranged for guitar by band-mate Kevin Kuhn and performed on the album by McDonald’s husband, actor-musician Will Swenson, was the song McDonald had brought to her first audition as a child. She’d listened to it on a music box since she was an infant, and it was her father who suggested she sing it for her first audition; he accompanied her on piano when she fatefully set foot on the stage. But the piece that set the album project in motion, one that encapsulates its overarching theme, is “Some Days,” an adaptation of a James Baldwin poem set to music by Steven Marzullo, a poignant, change-will-come anthem that McDonald performs live with gospel-like fervor.

"Some Days,” McDonald says, was “the main spark for Go Back Home, the song that sent me down the path of this album. I had been singing it for years; it’s a great poem by James Baldwin, about brotherhood, the importance of love and how we have to lift each other up and love one another. So many of my fans and people who follow my career and my concerts have always asked, ‘When are you going to record that song?’ I’ve tried a couple of times but it never worked on any other album. And I knew it was time to get it on an album, especially with all the importance this song has played in my life lately. It’s a song I always sing at marriage equality rallies. When I came to Nonesuch and said I know what I want to do, this was definitely the album ‘Some Days’ was going to be on and that was the start. After that, the rest of the material fell in quite naturally.”

Doug Petty served as a producer on McDonald’s Build a Bridge and subsequently played piano on tour with her. More recently, Andy Einhorn assumed the mantle of McDonald’s music director. Notes McDonald, “I was very comfortable with Doug and I respect his ear. He’s got an incredible knowledge and instinct about getting an authentic sound from someone. And he also keeps me very calm. He’s unflappable. He doesn’t get shaken up and I need someone like that at the controls. And Andy is just a rock for me. He knows me well enough when to bring certain songs to me—and when not to. I was curious about bringing those two energies together with this album, to see if it would work, and it was an incredibly collaborative experience. There was a mutual respect and mutual understanding. Even though we recorded the album very quickly, in three jam-packed days, it was very easy because we were all speaking the same language.”

McDonald celebrated the release of the album with a gala concert at New York’s Avery Fisher Hall, which is being televised as part of PBS’s award-winning series Live From Lincoln Center, for which she also now serves as the official host. The event quite literally brought it all back home for McDonald: “I just don’t know of any other place in New York that feels more like home to me than Lincoln Center. It’s not even worlds colliding. It’s just my world, that’s all—from moving to New York in 1988, going to Juilliard and living in the residence halls, to my first job in Carousel at the Vivian Beaumont Theater. I’ve sung with the New York Philharmonic; I got to sing on the Met stage with Barbara Cook. I’ve done galas at the New York State Theatre. I’ve gone and studied at the library. (I still owe them a book that I checked out in 1989 and haven’t given them back. I’ve got to do that; it’s really overdue.) My whole adult life has been on this campus, so to bring an album based on home to a place that helped me discover a lot of what home meant to me and what home is, nothing could feel more right.” 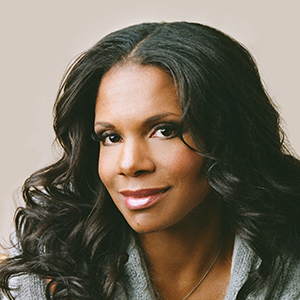 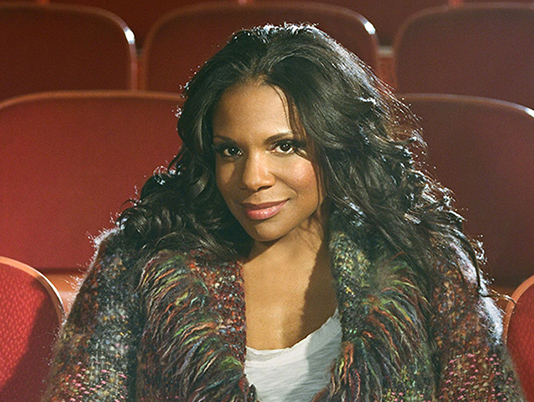