Way Back to Paradise

Audra McDonald’s first release on Nonesuch Records marked her first solo album—but she’ll never walk alone. Way Back to Paradise finds the four-time Tony Award winning soprano in company with a new generation of composer-lyricists that is resetting the stage of the musical theater. Writing for and collaborating with Audra, this quintet of creators has supplied a groundbreaking 14-song collection that showcases the singular talents of Broadway’s fastest-rising star.

With an orchestra conducted by Eric Stern, the album was produced by Tommy Krasker and features the “vocally ravishing” (Associated Press) McDonald in a cycle as dramatic as the roles that have won her Tonys (A Raisin in the Sun, Carousel, Master Class, Ragtime). From lullabies to laments, from lyrical ballads to highly spirited star turns, Way Back to Paradise reveals a singing actress fully engaged with the contemporary world. Whether as a wistful lover, a senator’s mistress, or an expectant or would-be mother, McDonald unwraps each song with virtuosity and elegance in equal measure. “There are no sudden jerks, no ‘fancy postures,” writes Master Class playwright Terrence McNally in the liner note. “The pleasures of this kind of music-making owe as much to her training as a classical singer at Juilliard as to her God-given, unteachable abilities as an actress to speak and behave on the stage with utter truth and spontaneity.”

Way Back to Paradise takes its title from Michael John LaChiusa’s song (performed here with Dawn Upshaw) written for Audra to star in the Lincoln Center Theater presentation Marie Christine; LaChiusa is also represented with two songs from his acclaimed 1994 show, Hello Again. Adam Guettel wrote and performed “Come to Jesus” in the 1996 Public Theater workshop of Saturn Returns, and contributed three new songs for her in this collection. Ricky Ian Gordon first worked with Audra in 1997 at a benefit in which she performed three songs from his cycle Only Heaven, all of which are presented here, in addition to “A Lullaby.” Jason Robert Brown, composer of the Broadway production Parade, is represented with one song from that show, as well as one from his 1995 revue Songs of a New World. Jenny Giering contributed “I Follow,” performed here with Theresa McCarthy. Taken together, this community of creative artists represents a generation that opens onto a new world, which Audra—both oracle and muse—heralds in the first notes of this very special debut album: “To fling my arms wide in some place of the sun / To whirl and to dance till the white day is done” (from track 1, “Dream Variations,” by Ricky Ian Gordon). 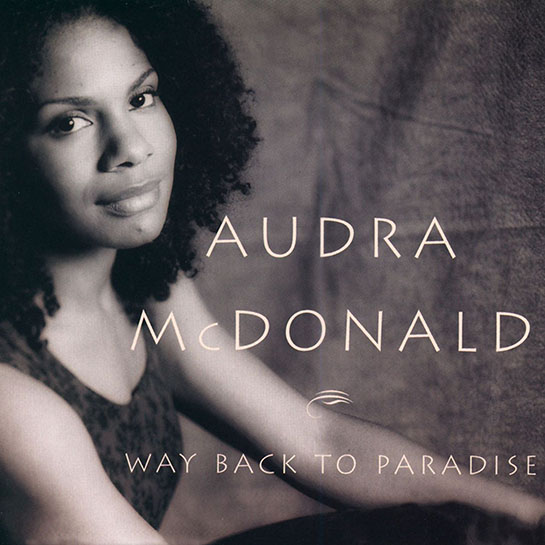