The wry lyrics of Stephin Merritt, who trades off on lead vocals with Shirley Simms, combine with fuzzed-out guitar, cello, piano, and accordion on The Magnetic Fields' Distortion, an album inspired by the upfront metal-machine drone and submerged Ronettes romanticism of Jesus and Mary Chain’s 1985 post-punk landmark album, Psychocandy. Or, as Mojo called it, "bubblegum melodies in a bouquet of barbed wire."

The Magnetic Fields’ Distortion was released by Nonesuch Records on January 15, 2008. The band’s eighth album, and second Nonesuch release, is a follow-up to 2004’s critically acclaimed i, an album whose songs all began with the letter “i,” and whose sound Magnetic Fields songwriter and frontman Stephin Merritt has referred to as “self-conciously soft rock.” Distortion is both a departure from and a response to i: an album of three-minute power-pop songs, composed and produced by Merritt and co-sung by Merritt and his longtime friend Shirley Simms. (Simms also sang on Merritt’s 1999 opus, 69 Love Songs.)

On Distortion, every instrument (except the drums) was made to purposely feed back, creating a distorted ambient roar that informs this album’s sound. “I don’t know if anyone has done feedback piano before,” Merritt explains. “The whole record has feedback acoustic piano. We put the amplifier directly up against the frame of the piano and turned it up enough to start feeding back.” The album also features feedback guitar, feedback cello, and even feedback accordion.

Distortion may startle those fans of Merritt’s who are more used to his quieter approach on the last Magnetic Fields album, but he is quick to point out that his decade-plus career has produced a wide range of styles. He jokes, “Many of my rock-oriented fans refused to buy any record called Showtunes,” referring to his 2006 compilation of songs from his work with Chinese theatre director Chen Shi-Zeng, and adds; “So this one is for them.”

The initial inspiration for Distortion was the upfront metal-machine drone and submerged Ronettes romanticism of Jesus and Mary Chain’s 1985 post-punk landmark Psychocandy. Merritt takes that concept a step further, radically altering the entire sound of his chamber-pop ensemble (cellist Sam Davol, pianist Claudia Gonson, and lead guitarist John Woo, plus Daniel Handler on accordion). His goal was “to sound more like Jesus and Mary Chain than Jesus and Mary Chain.”

In 1999, the Magnetic Fields’ three-CD collection 69 Love Songs established Stephin Merritt as one of this generation’s most talented songwriters, and their most recent album, i, followed in 2004. Merritt has also released numerous other albums with his bands Future Bible Heroes, the Gothic Archies, and the 6ths, as well as soundtracks to the films Eban and Charley and Pieces of April, the theater album Showtunes, and a record of songs to accompany the popular Lemony Snicket books, entitled The Gothic Archies: The Tragic Treasury: Songs from a Series of Unfortunate Events.

All songs by Stephin Merritt 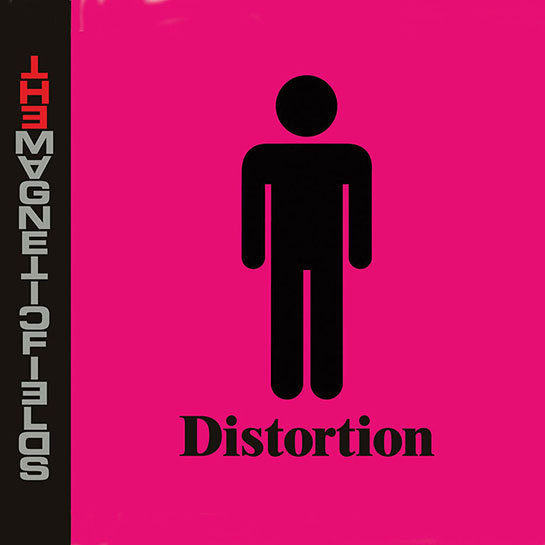