In May 2004, Nonesuch released i, the label debut by The Magnetic Fields. The long-awaited follow-up to the acclaimed 1999 release 69 Love Songs, i finds singer/songwriter Stephin Merritt in full possession of his acerbic wit. Featuring lyrics ripe with melancholy and bittersweet imagery, the record’s fourteen tracks are possibly the most personal Merritt has created to date—a departure from the many voices on 69 Love Songs.

Produced by Stephin Merritt, i features The Magnetic Fields’ four-piece lineup: Merritt on vocals and assorted instruments, including ukulele; Sam Davol on cello; Claudia Gonson on piano and drums; and John Woo on guitar and banjo. Unlike recent Merritt projects, i was recorded using only hand- played instruments, without synthesizers.

i is the seventh Magnetic Fields album since the band’s debut in 1990 with Distant Plastic Trees. In 1999, the band’s three-CD collection 69 Love Songs established Merritt as one of this generation’s most talented songwriters. It drew worldwide attention with comparisons to legends Cole Porter and Irving Berlin. SPIN graded it 10 out of 10, Rolling Stone described it as “gorgeous,” and the New York Times hailed the triple CD as a work of “genius.” Between Magnetic Fields releases, Merritt has released albums with his other bands, Future Bible Heroes, Gothic Archies, and the 6ths. He collaborated with theater director Shi-Zheng Chen on the Chinese opera The Orphan of Zhao for the Lincoln Center Festival and the opera Peach Blossom Fan, which premiered at Los Angeles’ REDCAT Theater in April 2004. He also wrote the soundtrack to the movie Pieces of April.

All songs written by Stephin Merritt 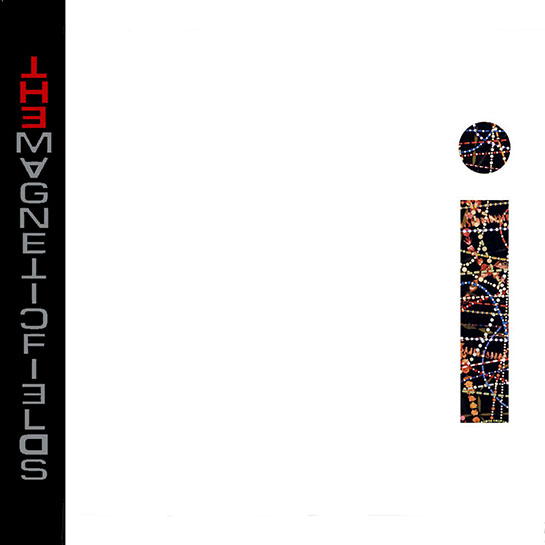