The duo offer a seamless program of tracks culled from nearly a decade of live performances, including the Latin Grammy winner for composition, Sérgio Assad's "Tahhiyaa Li Ossoulina," and a bravura rendition of Gershwin’s Rhapsody in Blue. NPR hails the album as a showcase for the brothers’ ability to turn any style of music into "a thing of warmth and perfection in their hands."

“A kind of wizardry lies within the playing of Sérgio and Odair Assad … [T]hey produce a supple, flawlessly unified sound.” —New York Times

For their seventh Nonesuch album, Jardim abandonado (Abandoned Garden), the guitar-playing duo of Sérgio and Odair Assad offer a collection of tracks culled from the duo’s performance repertoire of the last decade. The album has been nominated for two Latin Grammy awards: Best Classical Album and Best Classical Contemporary Composition for Sérgio's "Tahhiyya li ossoulina."

The Assad brothers, who’ve played together for more than 40 years, have been acclaimed by critics around the world for the extraordinary range of their repertoire, for Sérgio’s innovative arrangements and transcriptions, and for the unique nature of the brothers’ musical interplay. As the Los Angels Times once put it, their work together is “so precise, so perfectly synchronized that it reaches far beyond musical partnership into a kind of creative symbiosis.” The Washington Post called the Assads “the best two-guitar team in existence, maybe even in history.”

The title track comes from a piece by fellow Brazilian native Antonio Carlos Jobim. He is something of a focus or a muse here: the Assads include three more from his catalogue on Jardim abandonado. They also perform work from Sérgio himself; his daughter—the composer, pianist and vocalist Clarice Assad; and do a version of Nonesuch label-mate Adam Guettel’s “Octet,” from his Tony Award–winning The Light in the Piazza. They also perform transcriptions of works by early 20th-century French composer Darius Milhaud (excerpts from his “Scaramouche,” originally written for saxophone, orchestra and piano) and Claude Debussy (two pieces from his piano-based “Suite Bergamasque”).

The Assads have cultivated an impressive following among classical music, jazz and world music listeners through such Nonesuch releases as the Latin Grammy Award-Winning Sérgio and Odair Assad Play Piazzolla (2001), which includes the “Tango Suite” that Astor Piazzolla composed especially for the Assads, and Nadja Salerno Sonnenberg, Sérgio & Odair Assad (2000), in which the guitarists join violinist Sonnenberg to explore the musical tradition of the Gypsies. (The trio continues to perform concerts together.) They also have collaborated on stage and on record with cellist Yo-Yo-Ma, and worked with artists such as soprano Dawn Upshaw and violinist Gidon Kremer. 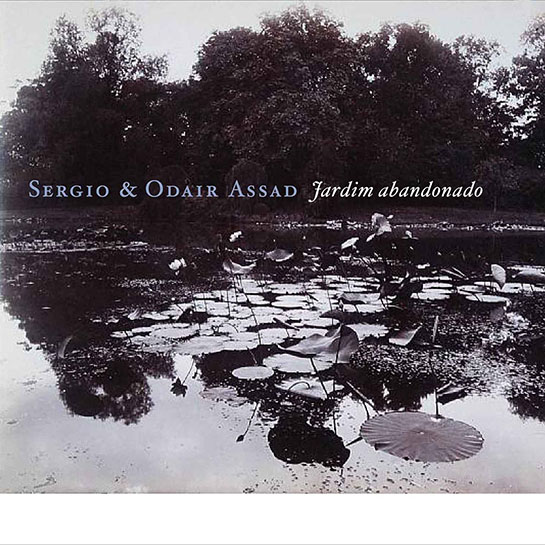