Mambo Sinuendo, Ry Cooder’s collaboration with Cuban guitar legend Manuel Galbán, hearkens back to a point in the late 1950s when Cuban popular music began to hint at a fusion of American pop-jazz and the futuristic creations of modern Cuban composers (like Perez Prado). Borne along by the mid-century mambo and cha-cha-cha crazes, the hot sounds of mambo-jazz spread out into American popular culture—Perez Prado was Vegas-bound; Stan Kenton hit the road with his "Cuban Fire" orchestra; Henry Mancini scored Touch of Evil à la Prado; and Duane Eddy had a Top 10 hit with the mambo-esque "Theme from Peter Gunn."

But nowhere can there be found a more perfect representation of this style than in the recordings of the Havana doo-wop quartet Los Zafiros, still after 40 years the most popular Cuban vocal group of all time. As Los Zafiros's guitarist and arranger, Manuel Galbán pioneered a tough, rocking guitar style that is considered by Cuban musicians to be unique in their music. Mambo Sinuendo reintroduces Manuel Galbán—pianist, organist, and guitarist extraordinaire.

Says Cooder, "Galbán and I felt that there was a sound that had not been explored—a Cuban electric-guitar band that could reinterpret the atmosphere of the 1950s with beauty, agility, and simplicity. We decided on two electrics, two drum sets, congas and bass: a sexteto that could swing like a big band and penetrate the mysteries of the classic tunes. This music is powerful, lyrical, and funny—what more could you ask? Mambo Sinuendo is Cuban soul and high-performance twang." 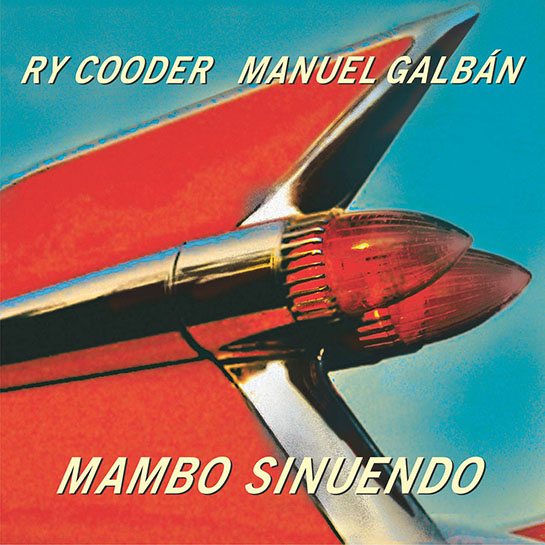