On his debut album, pianist-composer Timo Andres offers what the New York Times calls "a richly imaginative 10-movement work for two pianos," performed by Andres and pianist David Kaplan. The New Yorker calls it "the kind of sprawling, brazen work that a young composer should write," achieving "an unhurried grandeur that has rarely been felt in American music since John Adams came on the scene."

Nonesuch releases composer/pianist Timothy (Timo) Andres’s Shy and Mighty on May 18, 2010. Comprising 10 interrelated piano pieces, Shy and Mighty is performed by Andres and pianist David Kaplan. This is the first recording of the work, and also Andres’ label debut.

Andres was an undergraduate at Yale University when critics and fellow composers began to take notice of his skills as both writer and pianist. In 2004, the New Yorker’s Alex Ross said of him: “He is a formidable pianist who has the measure of Charles Ives’s towering Concord Sonata. He is also a composer ... Most notably, his music is beginning to show an individual voice, which is the hardest thing for a composer to achieve.”

While each track stands on its own, Andres conceived of Shy and Mighty as an album-length work. As Andres says in the album’s liner notes: “When I sat down to write Shy and Mighty, this was very clearly my goal for it—that I would write an album for two pianos. I was very focused on the recorded medium—even though this is obviously something that works live, that was somehow secondary. The two albums that really did it for me were Olivia Tremor Control’s Black Foliage and Boards of Canada’s Music Has the Right to Children, both of which are structured in a similar way ... larger set pieces and little transitional things in between. And that’s what I set out to do—I didn’t end up writing too many miniatures, but that was the idea, anyway.” 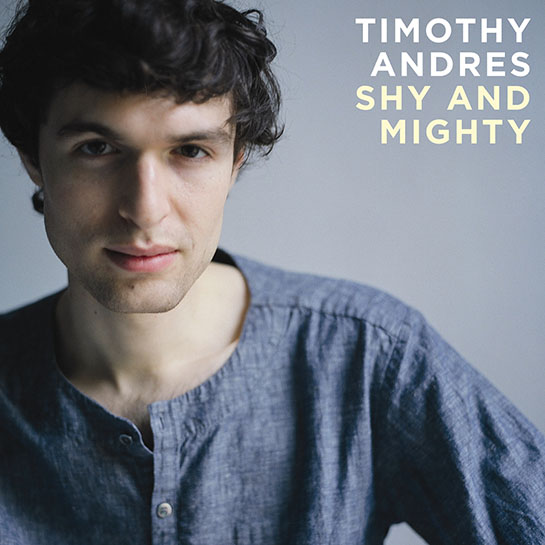