Evergreen, performed by Caroline Shaw and Attacca Quartet, is five original works by Shaw: three pieces for string quartet—Three Essays, Blueprint, and The Evergreen, which Shaw describes as an offering to a tree she encountered in an evergreen forest on an island off Vancouver—and two songs for string quartet and voice. Also included is an interpretation of a 12th-century French poem for quartet and voice.

Nonesuch Records releases Pulitzer Prize and Grammy Award–winning composer Caroline Shaw’s Evergreen, featuring Shaw and Attacca Quartet, on September 23, 2022. Evergreen is five original works by Shaw: three pieces written for string quartet—Three Essays, Blueprint, and The Evergreen—and two songs written for string quartet and voice. It also includes an interpretation of a twelfth century French poem, which the Quartet performs with Shaw on vocals. The album is available to pre-order here, where the opening track, “Three Essays: First Essay (Nimrod),” may be heard now. Nonesuch Store pre-orders include a limited-edition, autographed print of the condensed score for The Evergreen.

Following 2019’s Orange, which featured six of Shaw’s pieces for string quartet and earned a Grammy Award for Best Chamber Music/Small Ensemble Performance, Evergreen was built around the titular four-song suite, commissioned and first performed by Third Angle in March 2020. Shaw describes the work as an offering to one particular tree in an evergreen forest on Swiikw (Galiano Island), off the west coast of Canada. The album also includes Three Essays, a suite written for and premiered by Calidore String Quartet that addresses language’s power to stir emotion and spread information and ideas through written, spoken, and digital forms; And So, a piece composed for the Philharmonia Baroque Orchestra & Chorale and mezzo-soprano Anne Sofie von Otter as part of Shaw’s Is a Rose trilogy; Blueprint, a work originally composed for the Aizuri Quartet and relating closely to an early string quartet by Beethoven; Other Song, a piece written for the National Symphony Orchestra and originally released on Shaw's 2021 solo vocal debut, Let the Soil Play Its Simple Part; and an interpretation of Cant voi l’aube, a poem by twelfth century trouvère Gace Brulé.

In addition to the Grammy Award for Attacca Quartet, Orange—which was co-released by New Amsterdam and Nonesuch Records—received tremendous critical acclaim. BBC Radio 3 called it “completely gorgeous in so many ways … It hits you everywhere, all at once,” and NPR said it is “a love letter to the string quartet …when you hear all the imaginative sounds on Orange, you know you're listening to the voice of a strong composer.” Pitchfork added that the “pieces on Orange shoot off in thrilling and unpredictable directions … The music exudes joy and a sense of wildness.”

Caroline Shaw is a musician who moves among roles, genres, and mediums, trying to imagine a world of sound that has never been heard before but has always existed. She works often in collaboration with others, as producer, composer, violinist, and vocalist. Shaw is the recipient of the 2013 Pulitzer Prize in Music, several Grammy awards, an honorary doctorate from Yale, and a Thomas J. Watson Fellowship. In addition to Everegreen, 2022 will see the release of work with Rosalía (on the upcoming album MOTOMAMI), the score to Josephine Decker’s film The Sky Is Everywhere (A24/Apple), the premiere of Justin Peck’s Partita with NY City Ballet, the premiere of the new stage work LIFE with Gandini Juggling and the Merce Cunningham Trust, a premiere for NY Philharmonic and Roomful of Teeth, the premiere of Wu Tsang’s silent film Moby Dick with live score for Zurich Chamber Orchestra co-composed with Andrew Yee, the premiere of Helen Simoneau’s Delicate Power, tours of Graveyards & Gardens (co-created immersive theatrical work with Vanessa Goodman), and tours with Sō Percussion featuring songs from Let The Soil Play Its Simple Part, amid occasional chamber music appearances (Chamber Music Society of Minnesota, Caramoor Festival, La Jolla Music Society). Shaw has written more than 100 works in the last decade, for Anne Sofie von Otter, Davóne Tines, Yo Yo Ma, Renée Fleming, Dawn Upshaw, LA Phil, Philharmonia Baroque, Seattle Symphony, Cincinnati Symphony, Aizuri Quartet, The Crossing, Dover Quartet, Calidore Quartet, Brooklyn Rider, Miro Quartet, I Giardini, Ars Nova Copenhagen, Ariadne Greif, Brooklyn Youth Chorus, Britt Festival, Vail Dance Festival, and many others. She has produced for Kanye West, Rosalía, and Nas. Her work as vocalist or composer has appeared in several films, tv series, and podcasts including The Humans, Bombshell, Yellowjackets, Maid, Dark, Beyonce’s Homecoming, jeen-yuhs: a Kanye Trilogy, Dolly Parton’s America, and More Perfect. Her favorite color is yellow, and her favorite smell is rosemary.

Grammy Award-winning Attacca Quartet, has been described by the Nation as “lives in the present aesthetically, without rejecting the virtues of the musical past,” and it is this dexterity to glide from the music of the seventeenth through to the twenty-first century repertoire that places them as one of the most versatile and outstanding ensembles of the moment—a quartet for modern times. Recent highlights include performing at New York’s Lincoln Center White Lights Festival, Carnegie Hall, Gothenburg Konserthuset, Sociedad Filarmonica de Bilbao, Auditorio Nacional de Música, and Palau de la Música as well as Colorado, Septiembre Me, Amsterdam New String Biennale, and Ojai Festivals. Their recent recordings include the animated Real Life, which saw them collaborate with electronic artists such as Daedulus and TOKiMONSTA; Of All Joys, a journey that folds late twentieth century minimalism back onto the music of the Renaissance; Becca Stevens | Attacca Quartet with singer-songwriter Becca Stevens as well as Ellis Ludwig-Leone and Patrick Watson. Attacca Quartet is Amy Schroeder, Domenic Salerni, Nathan Schram and Andrew Yee. 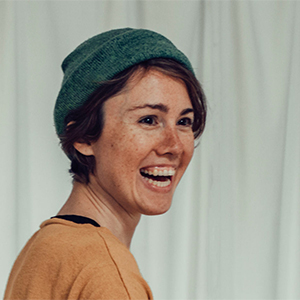 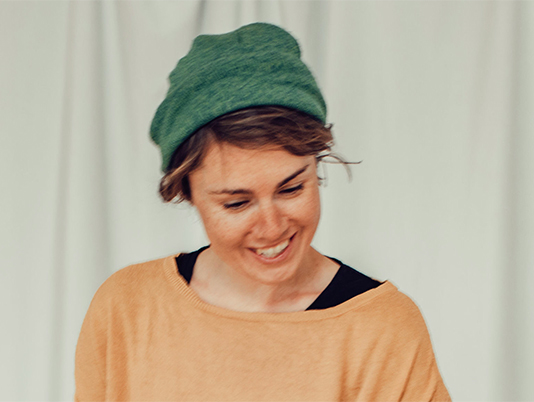