Tigran Hamasyan’s StandArt is his first album of American standards. Produced by the pianist/composer, the album includes songs from the 1920s through the 1950s by Richard Rodgers, Charlie Parker, Jerome Kern, and others, plus a piece Hamasyan improvised with his bandmates—bassist Matt Brewer and drummer Justin Brown—and trumpeter Ambrose Akinmusire. Other special guests include saxophonists Joshua Redman and Mark Turner.

Pianist and composer Tigran Hamasyan’s StandArt—his first album of American standards—will be released on April 29, 2022, on Nonesuch Records. StandArt includes songs from the 1920s through the 1950s, by Richard Rodgers, Charlie Parker, Jerome Kern, David Raksin, and others; it also includes a piece Hamasyan improvised with his bandmates—bassist Matt Brewer and drummer Justin Brown—and trumpeter Ambrose Akinmusire, who is featured on two of the album’s tracks. Other special guests include saxophonist and label-mate Joshua Redman on Charlie Parker’s “Big Foot,” as well as saxophonist Mark Turner on Jerome Kern and Oscar Hammerstein’s “All the Things You Are.” StandArt is available to pre-order with an instant download of Hamasyan’s rendition of Elmo Hope’s “De-Dah,” the video for which can be seen here:

Produced by Hamasyan and recorded last spring in Los Angeles, StandArt is Hamasyan’s first release of American music, having previously only released original compositions and traditional Armenian music. “With this record, I really wanted to apply different techniques and ideas I’ve developed over the years to a repertoire that I finally had an opportunity to re-visit, and to send a message that I really appreciate this music and am thankful for it,” he says. “I love these compositions and melodies so much that, to me, it’s like Armenian folk music. As an immigrant—an Armenian-American—I relate to these composers and musicians from various backgrounds who have that kind of history, a dark history, but managed to succeed in an embodiment of freedom. In that way, I feel like I want to be part of this, to find something in the tradition of where I came from.”

StandArt follows Hamasyan’s 2020 album, The Call Within, which took inspiration from his interest in maps from different eras, along with poetry, Christian and pre-Christian Armenian folk stories and legends, astrology, geometry, ancient Armenian design, rock carvings, and cinematography—blurring lines between historic reality and the imaginary world. It was included on Album of the Year lists by BBC Music Magazine and Jazzwise, which called it “an exceptional recording for exceptional times” and Hamasyan’s “strongest artistic statement yet.” 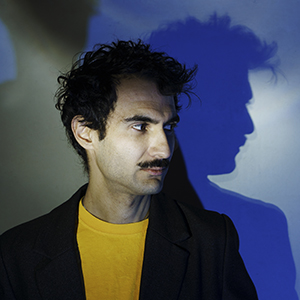 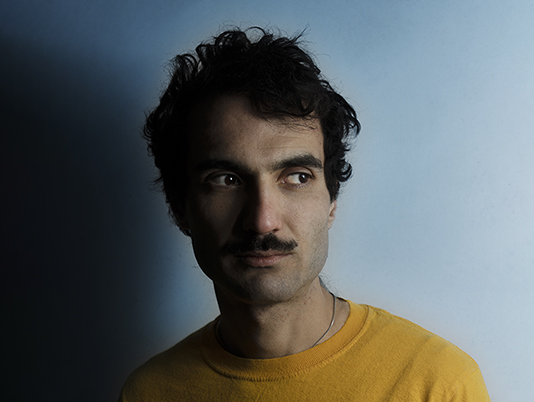