Joshua Redman Quartet's Come What May is the first album in almost two decades from this group of musicians—the saxophonist and his longtime friends and colleagues pianist Aaron Goldberg, bassist Reuben Rogers, and drummer Gregory Hutchinson—and features seven Redman tunes. "Nothing beats the cool confidence of a band who have spent years on the road,” says the Times. “It also helps that the seven Redman tunes here are so good ... Four men playing as one." Grammy Award Nominee: Best Jazz Instrumental Album.

Nonesuch Records released the Joshua Redman Quartet’s Come What May on March 29, 2019. This is the first recording in almost two decades for this group of musicians: the recently Grammy–nominated saxophonist and his longtime friends and colleagues pianist Aaron Goldberg, bassist Reuben Rogers, and drummer Gregory Hutchinson. Previous releases were Beyond (2000) and Passage of Time (2001). The Quartet, which has toured internationally over the last several years, recorded seven Redman tunes for Come What May.

The Guardian has called Redman “one of the 21st century’s finest jazz improvisers,” and the Boston Globe said of the group’s recent Newport Jazz Festival performance, “There was tenor Joshua Redman with his quartet, showing how to build excitement and get the crowd screaming without pressing or compromising his art.”

Redman recently said of Goldberg, Rogers, and Hutchinson, in Denver’s Westword newspaper, “They’re some of my favorite musicians in the world. We’ve played so much over the years and have been together on the road so much, on and off the bandstand, there’s just that sort of camaraderie and friendship and genuine love for and understanding of each other that, for me, [is] the ideal situation for making music. When you have that level of trust and empathy, both musically and personally, it allows you to be truly relaxed and free; and those are really good pre-conditions for magic to potentially happen.

Joshua Redman’s first album on Nonesuch was the Grammy-nominated Momentum (2005). His other releases on the label include Back East, Compass, and Trios Live, all of which explore the trio format; MoodSwing (1994, re-issued); Walking Shadows (2013), his first recording to include an orchestral ensemble; The Bad Plus Joshua Redman (2015), a collaboration with the acclaimed trio; Nearness (2016), a duo album with longtime friend and collaborator Brad Mehldau; and the 2018 Grammy–nominated Still Dreaming—an album inspired by his father Dewey Redman’s 1976–1987 band, Old and New Dreams.

Redman currently tours with his trio with Rogers and Hutchinson; his quartet; Still Dreaming, with Ron Miles, Scott Colley and Brian Blade; and occasionally with the collaborative group James Farm, with Aaron Parks, Matt Penman, and Eric Harland. James Farm has two releases on Nonesuch: their 2011 self-titled album and 2014’s City Folk. 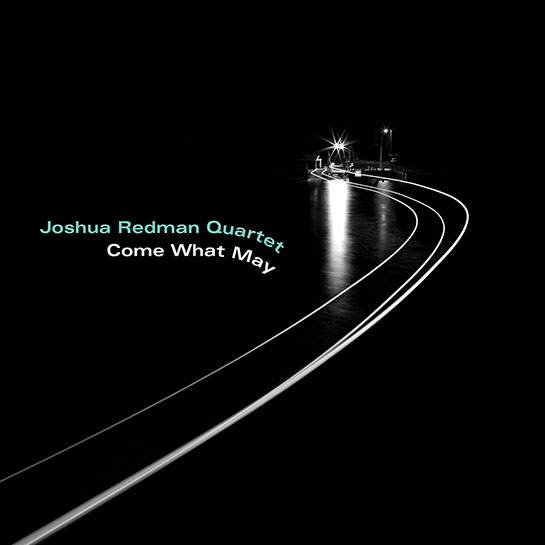