Walking Shadows, Joshua Redman’s first recording to include an orchestral ensemble, was produced by his friend and frequent collaborator Brad Mehldau. The record's core ensemble is a quartet featuring Mehldau, Larry Grenadier, and Brian Blade. Walking Shadows includes original tunes from both Redman and Mehldau along with works by a wide range of composers, like John Mayer and Pino Palladino, Kern and Hammerstein, and Lennon and McCartney. Buffalo News calls it "an unmitigated triumph ... one of the jazz discs of the year." The New York Times says "there hasn’t been a more sublimely lyrical gesture in his 20-year recording career."

Nonesuch Records releases saxophonist Joshua Redman’s Walking Shadows on May 7, 2013. The album, comprising 12 ballads, is Redman’s first recording to include an orchestral ensemble, which plays on many of the tracks. It was produced by Redman’s friend and frequent collaborator Brad Mehldau. The record’s core ensemble is a quartet featuring Mehldau, Larry Grenadier, and Brian Blade—all frequent collaborators of Redman’s over the years. Dan Coleman conducts on the orchestral tracks. Walking Shadows includes original tunes from both Redman and Mehldau along with works by a wide range of composers such as John Mayer and Pino Palladino; Kern and Hammerstein; and Lennon and McCartney. Orchestral arrangements are by Mehldau, Coleman, and composer Patrick Zimmerli.

Redman first worked with Mehldau and Blade in Redman’s mid-1990s quartet and they have been friends and frequent collaborators ever since. Redman was a featured soloist on Mehldau’s Jon Brion–produced 2010 orchestral album, Highway Rider. Walking Shadows is the first of Redman’s records to be produced by Mehldau. Redman says: “I couldn’t be more delighted to have the opportunity to do a ballads record with strings, with Brad producing, and my other great friends and collaborators all involved. I’ve wanted to do this for a long time.”

The New York Times said of the saxophonist, “Joshua Redman is one of the most visible jazz musicians of the last 15 years, which says something not just about his natural flow as an improviser and his command as a bandleader, but also about his willingness to use words ... to represent jazz to the outside world.”

Redman’s first self-titled studio album was released by Warner Bros. in 1993; eight additional records followed on Warner. His Nonesuch debut, Momentum, was released in 2005, along with the first of two SF JAZZ Collective albums on which he served as artistic director. In 2007, Nonesuch released Back East, Redman’s first studio recording with an acoustic trio, followed by Compass in 2009 featuring double trio. His most recent album, 2011’s James Farm, featured a band of the same name with pianist Aaron Parks, bassist Matt Penman, and drummer Eric Harland. 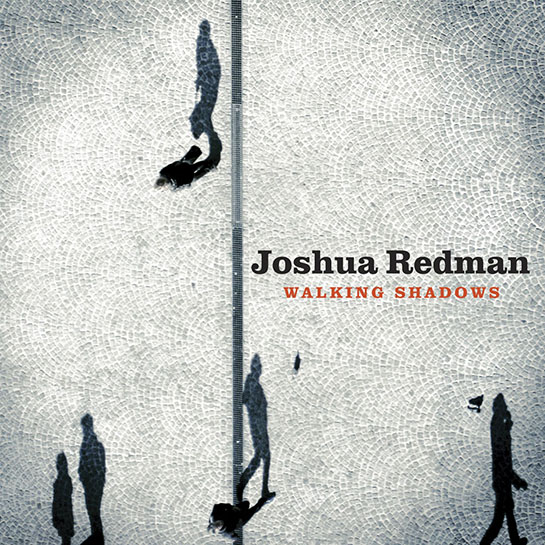