Nearness, the first duo album from longtime friends and collaborators saxophonist Joshua Redman and pianist Brad Mehldau, was recorded live on tour in Europe in 2011. "The pair are so well matched," says BBC Music Magazine in a five-star review. "Both are extraordinary, scintillating improvisers bursting with energy, yet they have great ears for one another." Mojo says: "They create a special telepathic musical synergy in each other’s company."

Brad Mehldau first came to prominence as a member Joshua Redman's quartet in the 1990s before becoming a bandleader himself. The pair first reunited in 2010 when Redman was featured on Mehldau's album Highway Rider. In 2013, Mehldau was featured as a performer and producer on Redman's Walking Shadows.

"It's like one of those friendships where you don't see someone for a long stretch and then you fall right back where you left off," Mehldau told the Ottawa Citizen when he and Redman performed at the city's jazz festival in 2011. According to the Citizen's Peter Hum, these two friends are "among the most potent and influential jazz instrumentalists of their generation, and what Mehldau calls 'picking up' is in fact world-class improvising before rapt audiences."

Each artist has recorded extensively for Nonesuch, with a wide variety of collaborators. Brad Mehldau's label debut was the 2004 solo disc Live in Tokyo and includes six records with his trio: House on Hill, Day Is Done, Brad Mehldau Trio Live, Ode, Where Do You Start, and Blues and Ballads. His collaborative records on the label include Love Sublime, Highway Rider, Metheny Mehldau, Metheny Mehldau Quartet, Modern Music, and Mehliana: Taming the Dragon. Mehldau's additional solo albums on Nonesuch include Live in Marciac and last year's 8-LP/4-CD 10 Years Solo Live, which the New York Times says "contains some of the most impressive pianism he has captured on record."

Joshua Redman's first album on Nonesuch was the Grammy-nominated Momentum, released in 2005. His other releases on the label include Back East, Compass, and Trios Live, all of which explore the trio format; MoodSwing, originally released in 1994 with Redman's own band, including Mehldau, and re-released by Nonesuch in 2009; Walking Shadows, his first recording to include an orchestral ensemble, from 2013; and The Bad Plus Joshua Redman, his 2015 collaboration with the acclaimed trio, which the New York Times called "a knockout" and NPR called "a roaring and beautiful summit meeting." In 2004, he was a founder of the SFJAZZ Collective, an eight-piece, multi-generational ensemble of accomplished musicians. Since 2009, Redman has been performing with a new collaborative group called James Farm, whose members also include pianist Aaron Parks, bassist Matt Penman, and drummer Eric Harland. The group has two releases on Nonesuch; their self-titled album from 2011, and City Folk, released in 2014. 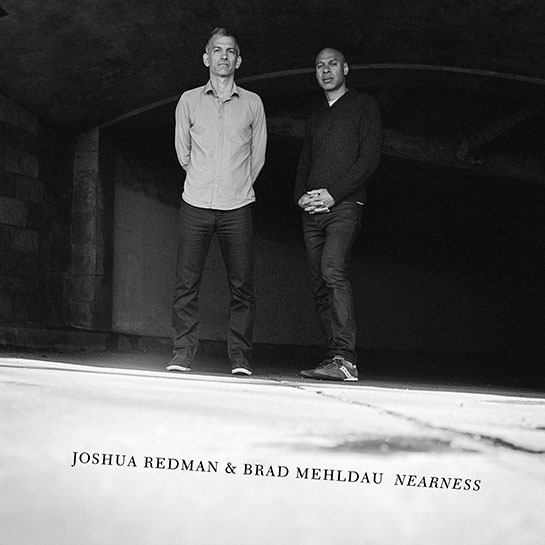