Produced by Danger Mouse and The Black Keys, the band's seventh studio album was recorded at singer/guitarist Dan Auerbach’s Easy Eye Sound studio in the band’s new hometown of Nashville during the spring of 2011. "They sound like a band who think they've made the year's best rock 'n' roll album," says the Guardian, "probably because that's exactly what they've done." The Independent calls it "by some distance the most powerful, compelling rock album of the year." El Camino has earned three Grammy Awards.

The Black Keys’ new album El Camino will be released December 6 on Nonesuch Records. Produced by Danger Mouse and The Black Keys, the 11-track album was recorded at singer/guitarist Dan Auerbach’s Easy Eye Sound studio in the band’s new hometown of Nashville during the spring of 2011. The LP edition of the album is pressed on 140-gram vinyl.

El Camino follows the most successful two years in The Black Keys’ career. In May 2010 they released their breakthrough album, Brothers, to widespread critical acclaim. Debuting at #2 in the US, it went on to win three Grammy Awards and an MTV Video Music Award, and topped numerous year-end lists, including iTunes, NPR, and Rolling Stone. Brothers, which included the hit singles “Tighten Up” and “Howlin’ for You,” has been certified Gold in the US and UK, and Platinum in Canada. Worldwide sales are now over one million and counting.

Drummer Patrick Carney said of the band’s recent success, “We’ve taken the long road to get where we are. It’s pretty cool to be in your early 30s making music with your best friend. We’ve experienced everything from driving a thousand miles to play for no one to winning Grammys.” Auerbach further describes the band’s dynamic, “We don't talk before we play. We don’t practice before we record, we just fly by the seat of our pants.” He says of El Camino, “I think where this record is going to shine for me is playing the songs live. This record is more straight ahead rock and roll—raw, driving, and back to basics.”

The Black Keys—Akron, Ohio, natives Dan Auerbach and Patrick Carney—released their debut album, The Big Come Up, in 2002, followed by Thickfreakness (2003) and Rubber Factory (2004). In 2006 they signed to Nonesuch Records in the US and released their fourth album, Magic Potion, which was followed by the Danger Mouse-produced Attack & Release in 2008. El Camino is the first Black Keys album Nonesuch will release worldwide. 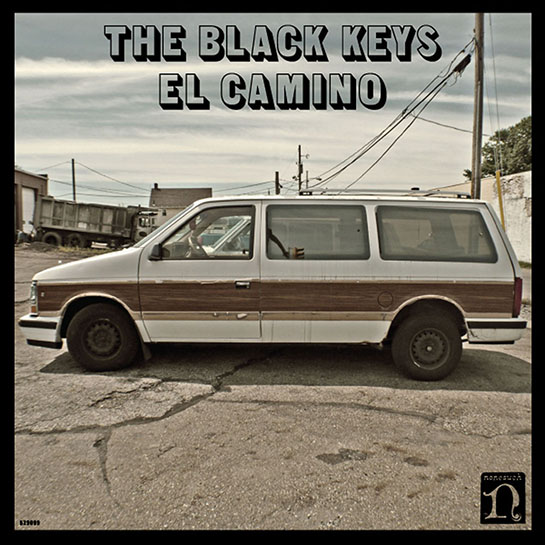