Live at the Crystal Ballroom (DVD)

This beautifully rendered concert video documents the duo's sold-out, April 4, 2008, gig in Portland, Oregon. As Willamette Week enthusiastically reported, "The bluesy duo from Akron never let up the whole night, tearing through tracks from its entire catalogue." Also includes original music videos for "Your Touch," "Just Got to Be," and "Strange Times," plus "Your Touch" making-of footage.

"God I love The Black Keys. You would’ve thought they were the only band playing when thousands showed up at [Lollapalooza’s] North Stage to see them. I would’ve never thought two grungy white guys could channel Jimi Hendrix so well into modern-day music." —MTV News

Nonesuch Records released The Black Keys Live at the Crystal Ballroom DVD on November 18, 2008. Produced and directed by Lance Bangs (R.E.M.’s Road Movie), the disc will include 17 live songs; original music videos for “Your Touch,” “Just Got to Be,” and “Strange Times”; and behind-the-scenes footage of the making of the band’s most recent album, Attack & Release. The live performance was recorded on April 4, 2008, at a sold-out show at The Crystal Ballroom in Portland, Oregon.

The Black Keys are well known for their energetic, high-volume live shows. The Chicago Tribune said, “Akron duo The Black Keys created a mighty ruckus at a sold-out Riviera Theatre,” and the Orange County Register lauded the “raw and relentless fury of their riveting set at House of Blues Anaheim,” going on to say that “it felt like we had all been transported to a dive bar in some swampy corner of Mississippi. And it felt good. Damn good.”

The band’s fifth full-length LP, Attack & Release, was released in April by Nonesuch Records and debuted on the Billboard album chart at #14—marking their highest position to date as well as the The Black Keys’ best selling release. The Los Angeles Times called the record “without doubt the Keys’ most dynamic effort yet”; Pitchfork called it their “most adventurous album to date”; and the Boston Globe said, “Tossed in among the mid-tempo grooves are straight-ahead rockers …, all snarl and swagger, and delivered with an off-kilter tension reminiscent of the early Keys’ two-dudes-in-a-basement sensibility. Attack & Release proves that cleaning up the boys still won’t stop them from tracking mud all over the house.”

Produced by Danger Mouse (Gnarls Barkley, Gorillaz, The Grey Album), Attack & Release was recorded at engineer Paul Hamann’s Suma Studio outside Cleveland. Initial collaboration began when Danger Mouse (a.k.a. Brian Burton) approached the band to write songs for an album he was developing with the late R&B legend Ike Turner. As singer/guitarist Dan Auerbach and drummer Patrick Carney began composing tracks for Turner early last year, they quickly realized they were actually laying the groundwork for a new album of their own. Attack & Release thus became The Black Keys’ first collaborative effort as it morphed into their own album with Danger Mouse as producer. By recording in an actual studio (another first), Auerbach and Carney were given the opportunity to add a variety of instruments to their usual simple set-up—including organ, moog, and banjo. 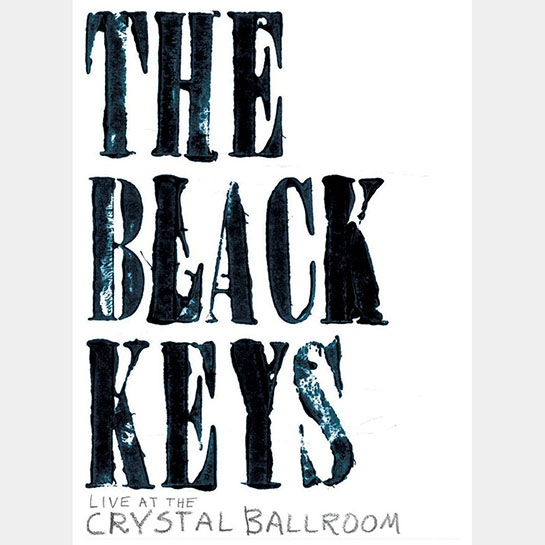