Veloso offers his reveries, cerebral and sensual, in song and on the page. (The booklet contains an excerpt from his memoir, Tropical Truth.) The New York Times described this Grammy winner as “wildly intelligent and sensual, and perfectly produced, moving from orchestral works to minimalist ballads and Brazilian drum workouts.” Rolling Stone called it "a fresh, fearless collection that balances ideas and sonics, art-song stream and pop sport."

“One of the greatest songwriters of the century: a master melodist, a lyricist who merges surreal imagery with a sense of history and a sense of humor, a singer whose voice radiates tenderness and supple swing and a musician who connects to traditional music, pop and jazz from all over.” —New York Times

Caetano Veloso’s Livro won Best World Music Album at the 1999 Grammy Awards and was selected as ‘Best of the Year’ by several critics in both the New York Times and the Village Voice.

Livro (Book) is the fifth Nonesuch release from Brazilian singer-songwriter Caetano Veloso. Recorded in 1997 in Rio de Janeiro and featuring lush orchestral arrangements with a full compliment of percussion, it is a collection of 14 tunes, mostly Veloso originals. Peter Watrous of the New York Times, who chose Livro as one of the best records of the year, describes it as, “wildly intelligent and sensual, and perfectly produced, moving from orchestral works to minimalist ballads and Brazilian drum workouts.” Rolling Stone calls this "a fresh, fearless collection that balances ideas and sonics, art-song stream and pop sport."

Combining sensuality and swing, poetry and pop, Veloso’s velvety vocals create a hypnotic and inviting atmosphere. For more than three decades and with over thirty recordings to his credit, Caetano Veloso has attracted an international following, whose enthusiasm for his recorded music is exceeded only by a passion for his live concert appearances.

All formats of this album are available from Nonesuch in the United States only. 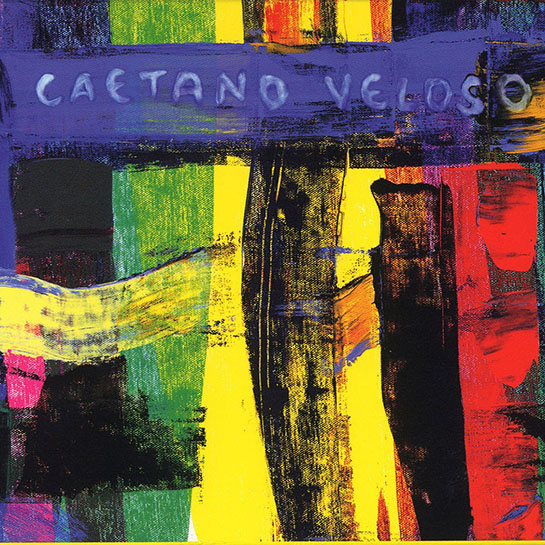