Caetano Veloso, dubbed “one of the greatest songwriters of the century” (New York Times), is among the most influential and beloved artists to emerge from Brazil. Known there since the 1960s, Veloso has made more than 30 recordings to date and has developed a strong international following. For his latest release, Dois Amigos, Um Século de Música: Multishow Live, Veloso reunites with Gilberto Gil to celebrate a lifelong friendship and the half-century careers of two artists who have broken cultural, social, and political barriers through music. NPR says: "It's almost startling to encounter music like this—refined to an essence, simple, graceful and complete."

Caetano Veloso's Nonesuch CD catalog is now available from the Nonesuch Store; however, free album MP3 downloads, available with other discs in the Store, are not included with these CDs.

Caetano Veloso, dubbed “one of the greatest songwriters of the century” (New York Times), is among the most influential and beloved artists to emerge from Brazil. Known there since the 1960s, Veloso has made more than 30 recordings to date and has developed a strong international following.

Born in Santo Amaro, Bahia, in 1942, Caetano Veloso began his professional musical career in 1965 in São Paulo. In his first compositions he drew on the bossa novas of João Gilberto, but rapidly began to develop his own distinctive style. Absorbing musical and aesthetic ideas from sources as diverse as The Beatles, concrete poetry, the French Dadaists, and the Brazilian modernist poets of the 1920s, Caetano, together with Gilberto Gil, Gal Costa, his sister Maria Bethânia, and a number of other poets and intellectuals, founded a movement called Tropicália. By experimenting with new sounds and words, adding electric guitars to their bands, and utilizing the imagery of modern poetry, Caetano became a musical revolutionary.

This short-lived movement, founded in 1968, ended abruptly when Caetano and Gil were sent into exile and lived in London. Now universally credited with redefining what is known as Brazilian music, it laid the groundwork for a renaissance of Brazilian popular music both at home and abroad. Caetano and Gil returned to Brazil in 1972 and found that Tropicália had remained intact and their audience had continued to grow.

Although Tropicália set the tone for Caetano’s career, his music has evolved greatly over the years. Incorporating elements of rock, reggae, fado, tango, samba canão, baião, and rap—with lyrics containing some of the best poetry in a musical tradition rich in verse—Caetano’s music is sometimes traditional, sometimes contemporary, often hybrid. At once an astute social commentator and balladeer of highly emotive love songs, Caetano is one of the most respected poets in the Portuguese language. Indeed he is one of only a handful of artists who has resolved how to be musically modern and still undeniably Brazilian.

Veloso followed his 1999 Grammy Award–winning Nonesuch release, Livro, an album which garnered widespread critical acclaim in the US and brought with it his first-ever US tour, with a soundtrack for the Carlos Diegues film Orfeu. In spring 2001, Nonesuch released Noites do Norte (Nights of the North), a meditation on themes of race, slavery, and Brazil's quest for a national identity. Later that year came Omaggio a Federico e Giulietta, a live recording made in 1997 in Rimini in honor of two masters of Italian cinema, Federico Fellini and Giulietta Masina. The following year brought another live album, a double disc recorded in Caetano's home state, called Live in Bahia, released in conjunction with the publication, by Knopf, of Caetano’s long-awaited memoir, Tropical Truth: A Story of Music and Revolution in Brazil.

In September 2003, Nonesuch released The Best of Caetano Veloso, a retrospective of Veloso's work from 1989 to 2001, including a live rendition of the haunting "Cucurrucucú Paloma," featured in Pedro Almodovar's Talk to Her. The following spring came A Foreign Sound, his first all-English set, paying tribute to 20th-century American pop composers, from Cole Porter to Kurt Cobain. And in January 2007, Veloso, backed by a young Brazilian trio, created a surprisingly brash rock sound for the album Cê, about which the Boston Globe notes, "The man's voice is as richly seductive and thoughtful as ever." His lyrics "offer intellectual and cultural queries ... suffused with yearning and ambiguous eroticism." 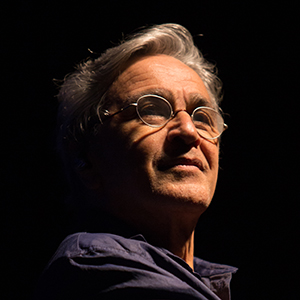 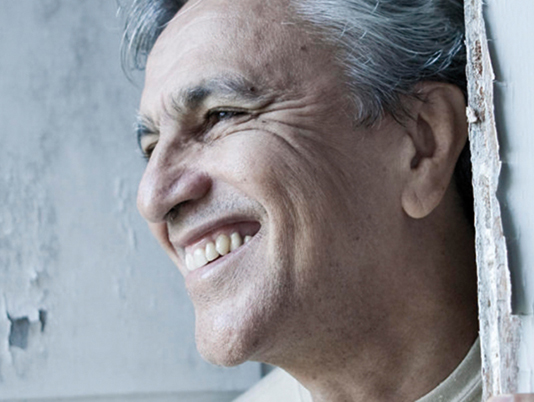