Songwriter Jeff Tweedy is succinct and soulful on “the most musically direct and down to earth of the band’s six-album career” (Los Angeles Times). Spin calls it “near perfect.” Wilco does leave room for inspired jamming, especially on “Impossible Germany.”

"A great album from a band in their prime.” —Observer (UK)

“Hands down, this has been the easiest Wilco record to make, so naturally I’m in love with it,” Wilco front man Jeff Tweedy recently told Harp magazine about the 2007 release Sky Blue Sky, the band's first studio record since the two-time Grammy Award-winning A ghost is born. “From the very first session when we sat down to work on the material, everybody has been pointed in the same direction...and that made the whole experience a lot of fun.”

Featuring the band that was assembled after the release of A ghost is born (2004), Sky Blue Sky is the first studio album from a lineup that has received overwhelmingly positive critical and popular acclaim for its nearly three years of live shows, documented on the 2005 live double-disc Kicking Television: Live in Chicago. Rolling Stone called that recording “a definitive live statement from America’s foremost rock impressionists.”

The 12 new songs on Sky Blue Sky were recorded at the band’s Chicago studio, The Loft. The album was produced by Wilco, recorded by TJ Doherty (Sonic Youth, The Hold Steady), and mixed by Jim Scott (The Red Hot Chili Peppers, The Dixie Chicks, The Rolling Stones). Jeff Tweedy breaks down Sky Blue Sky:

I wanted to start off this record with this idea of acceptance.

“You Are My Face”

It’s more of a family tree, but not necessarily biographical. This song is one of the more conceptual songs on the record. It’s trying to reflect a present, past and a future in a linear kind of way, with the explosive section in the middle that’s a lot more kinetic than the droning past and the ambiguous future.

This song reminds me of waking up at a certain point in your life, and you ask yourself, ‘How did I get here?’ Sometimes you’re pretty grateful where you ended up. There are a lot of layers to that song since it’s been around so long. There are elements of political refection and historical perspective that I feel I’ve gotten more interested in as I’ve gotten older.

That is probably as direct as I’ve ever gotten in a song before. It’s a very crystallized moment: watching a parade go by in my hometown, and getting blocked from getting across the main drag, preventing me from going home. And at some point, thinking it was a good idea to turn around and not go home.

“Side with the Seeds”

It’s a pretty confusing song. There’s such a polarization in all of our lives these days, and there’s so much unhappiness. It’s a song that’s saying, ‘If an electron can do it, why can’t I?’

That’s similar to ‘Sky Blue Sky,’ in that it’s about a specific moment in time, a feeling, a reminder. The chorus is pretty direct: this too shall pass.

“Please Be Patient with Me”

I don’t know if there’s anything I can add except to point out, again, the title of the song itself.

My wife calls this song ‘The Liar Song,’ because I don’t know how to use the washing machine.

This one has been around for a long, long time. There’s a simple sentiment in the chorus. Though it does become more expansive in the last verse when people are waking up, climbing the trees, and actively participating in their lives suddenly.

This song was on a set list once, written out like the spelling of the actor, Christopher Walken. It became too hard to shake that spelling.

Responding to the fact that this song was the one track posted on the band’s MySpace page, Tweedy says, “I don’t know what a single is.”

This song was actually one of the earlier songs that we demo-ed on this record, and over time – we played it once or twice live – I was doubtful about it making the record. At some point, it became the closer. It became much more meaningful to me after my mom died last September. There was something that allowed me to finish that song. I really wanted to write a song that my dad could listen to, and find some comfort in, that wasn’t a James Blunt song. I was very touched that my father was being soothed in any way by music. It did make me feel like this song was much more personal. I know how to write songs, so I thought, maybe I should write one for dad and have him respond to it. My mom died suddenly, playing cards with her friends, which is a pretty awesome way to go. She was 72. My dad and her met when they were 15, and they had not been apart that entire time. That’s a pretty major adjustment for a 73-year-old man to make. 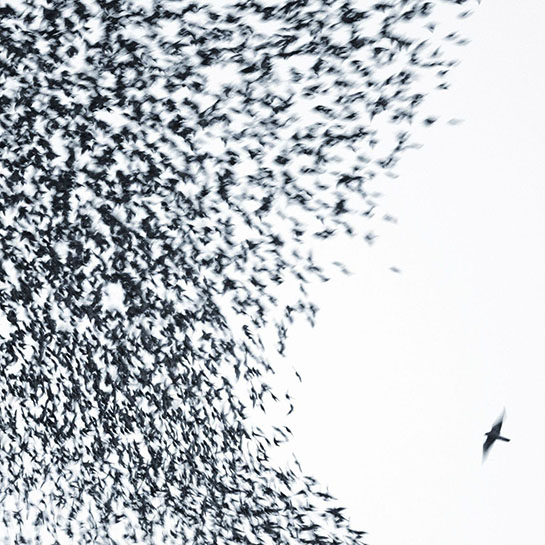