This 11-LP + 1 CD Super Deluxe Edition of Yankee Hotel Foxtrot, Wilco’s 2002 Nonesuch debut, comprises the original album, remastered for its 20th anniversary in 2022, plus 82 previously unreleased tracks. Includes demos, drafts, and instrumentals, charting the making of the album; a live 2002 concert recording; and a September 2001 radio performance and interview. The box set also includes a new book featuring an interview with Jeff Tweedy, Glenn Kotche, and Jim O’Rourke; an in-depth essay by journalist/author Bob Mehr; and previously unseen photos of the band making the album in their Chicago studio. On Yankee Hotel Foxtrot, the band delivers a thrillingly experimental work that scored a perfect 10 on Pitchfork, which hailed the album as “complex and dangerously catchy, lyrically sophisticated and provocative, noisy and somehow serene … simply a masterpiece.” Uncut called it “a stone-cold classic.” Grammy Nominee for Best Historical Album, Best Album Notes.

Nonesuch released seven special editions of Wilco’s landmark 2002 album Yankee Hotel Foxtrot on September 30, 2022. The now-classic record has been remastered and will be available as part of each set. The Super Deluxe version comprises eleven vinyl LPs and one CD—including demos, drafts, and instrumentals, charting the making of Yankee Hotel Foxtrot—plus a live 2002 concert recording and a September 2001 radio performance and interview. That box set includes eighty-two previously unreleased music tracks as well as a new book featuring an interview with singer/songwriter/guitarist Jeff Tweedy, drummer Glenn Kotche, and Jim O’Rourke, who mixed the acclaimed 2002 album; an in-depth essay by journalist/author Bob Mehr; and previously unseen photos of the band making the album in their Chicago studio, The Loft. For the Yankee Hotel Foxtrot recording, Wilco was Jeff Tweedy, John Stirratt, Leroy Bach, Glenn Kotche, and Jay Bennett with Craig Christiansen, Ken Coomer, Jessy Greene, Fred Lonberg-Holm, and Jim O’Rourke.

The relationship with Nonesuch would last nearly a decade and include three more studio albums—the Grammy Award-winning A ghost is born, Sky Blue Sky, and Wilco (the album)—along with a live album and a live DVD, plus reissues of earlier records, before Wilco began its own label, dBpm. The band’s current lineup of Jeff Tweedy, John Stirratt, Glenn Kotche, Mikael Jorgensen, Patrick Sansone, and Nels Cline has been together for nearly twenty years. 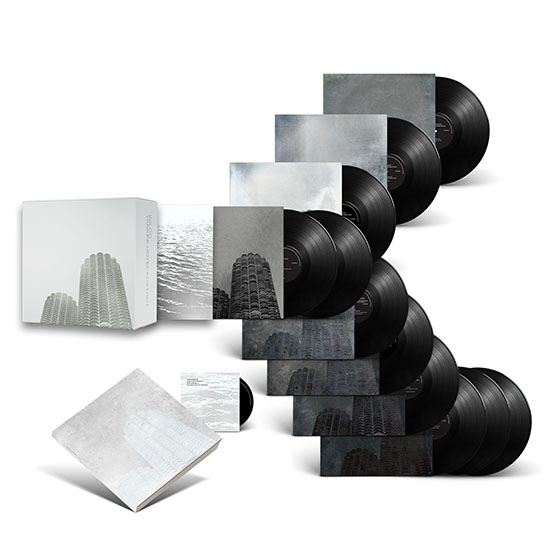