This 2-CD Expanded Edition of Yankee Hotel Foxtrot, Wilco’s 2002 Nonesuch debut, includes the original album, remastered for its 20th anniversary in 2022, plus 18 previously unreleased tracks—“The Unified Theory of Everything” alternate album versions plus bonus tracks. On Yankee Hotel Foxtrot, the band delivers a thrillingly experimental work that scored a perfect 10 on Pitchfork, which hailed the album as “complex and dangerously catchy, lyrically sophisticated and provocative, noisy and somehow serene … simply a masterpiece.” Uncut called it “a stone-cold classic.”

Among Yankee’s inspirations was a recording Tweedy bought at Tower Records in the late 1990s, The Conet Project: Recordings of Shortwave Numbers Stations. As journalist Bob Mehr writes, the record got “deep under Tweedy’s skin.” Tweedy said in his 2017 memoir, Let’s Go (So We Can Get Back), “It was as fascinating to me as anything being made by actual musicians using actual instruments … I wanted to know why it was so hypnotic to me. Why could I listen to hours of this stuff, even though I had no clue what any of them were saying. That question became the foundation for Yankee Hotel Foxtrot … the way people communicated or ultimately failed to communicate.” The album takes its title from a haunting recording of a woman repeating those words that is included in The Conet Project; that recording is sampled in the penultimate song on Yankee Hotel Foxtrot, “Poor Places.”

The relationship with Nonesuch would last nearly a decade and include three more studio albums—the Grammy Award-winning A ghost is born, Sky Blue Sky, and Wilco (the album)—along with a live album and a live DVD, plus reissues of earlier records, before Wilco began its own label, dBpm. The band’s current lineup of Jeff Tweedy, John Stirratt, Glenn Kotche, Mikael Jorgensen, Patrick Sansone, and Nels Cline has been together for nearly twenty years 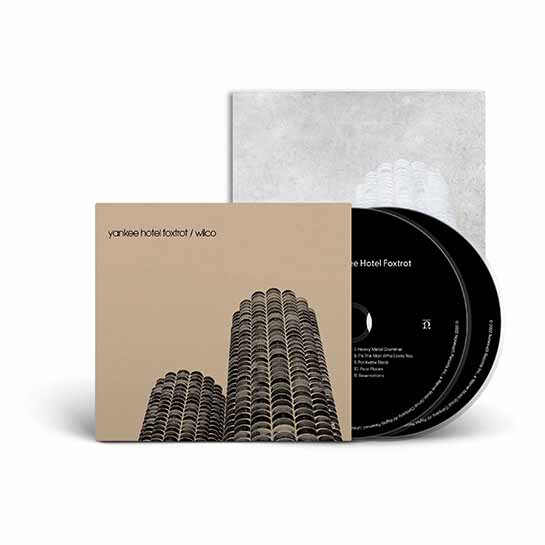