Wilco (the album), the band's seventh studio album, "is all about a great band playing great original music on an album filled with great songs," says NPR. The Independent gives a perfect five stars to the "magnificent" album, which finds Wilco "at the peak of its powers." BBC said the album features "some of their most charming pop rock ensemble playing" and asks, "Best live band? How about plain old best band in the world right now?"

Nonesuch Records released Wilco’s seventh studio recording, the aptly titled Wilco (the album), on June 30th, 2009. The new offering by the Chicago sextet features, among other things, eleven new songs, a duet with Canadian songwriter/vocalist Leslie Feist and a camel named Alfred as its cover star.

The new songs find Tweedy juxtaposing heady, heavy themes like disillusionment (“Country Disappeared”), martyrdom (“I’ll Fight”) and homicide (“Bull Black Nova”) with acceptance (“You Never Know”), love (“You and I”), humor (“Wilco (the song)”) and more. Sonically the album draws on many of the best elements of Wilco's wide-ranging previous work, while incorporating Tweedy's objective to "use the studio as another instrument.” The result is a unique, complex endeavor.

When the band began recording the follow up to 2007’s Sky Blue Sky in October 2008, it was mainly business as usual. The six members—Jeff Tweedy, John Stirratt, Glenn Kotche, Nels Cline, Pat Sansone, and Mike Jorgensen—convened in Wilco’s longtime recording home, the Loft, on Chicago’s north side. They worked for a month, framing songs and recording basic tracks. When they left the studio for a few weeks of touring with Neil Young in late November/early December they assumed they’d return to the Loft in the new year to pick up where they left off.

In late December Tweedy, Stirratt, Kotche and Sansone detoured to New Zealand on the invitation of Crowded House’s Neil Finn to participate in 7 Worlds Collide—a collaborative benefit album and mini-tour featuring, in addition to the aforementioned Wilco members, Johnny Marr, Radiohead’s Phil Selway and Ed O’Brien, Finn’s son Liam, Lisa Germano, and others. At the recording helm was studio veteran Jim Scott, who worked previously as a mixer on several of Wilco’s earlier albums.

The reunion with Scott proved significant. After wrapping up work on 7 Worlds Collide, Tweedy and company decided to forestall the inevitable Chicago winter, opting for the sunny climes of New Zealand and Finn’s Roundhead Studios. There, with Jim Scott as co-producer and engineer, they resumed work on the latest recording.

After several weeks of writing and recording in Auckland, one by one, band members returned to Chicago. Joined by Scott and loaded with inspiration and vision, the full band reconvened at the Loft. From there the process was swift. Together with Scott, the six members worked, collaborating further on what they had started in October and expanding on what was recorded in New Zealand. Feist made a guest appearance at the Loft in February to record a duet that Tweedy had sent her months earlier, and the new record was done.

“Wilco (the album) features the best aspects of a live performance album mixed with a layered, overdubbed studio album,” said Scott. “It also contains some of the best songs Jeff has ever written. I think they should have named it Wilco (their best album ever).”

All songs written by Jeff Tweedy except "Deeper Down" (Tweedy/Sansone) 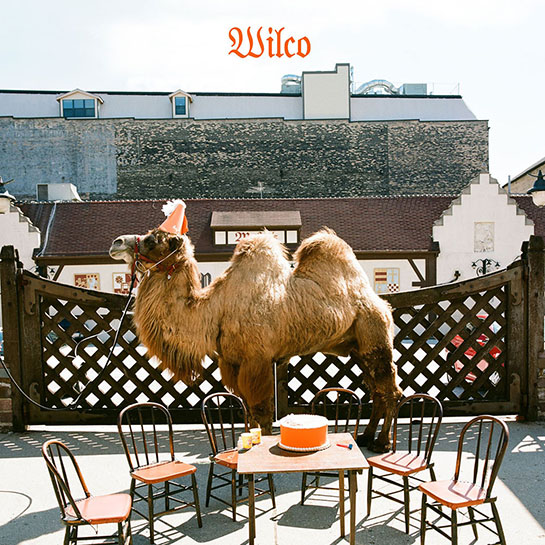