Jonny Greenwood’s soundtrack to Paul Thomas Anderson’s film Inherent Vice, an adaptation of the Thomas Pynchon novel, includes nine works by Greenwood; an unreleased Radiohead tune performed with members of Supergrass; and recordings from the movie’s era, the tail end of the psychedelic ’60s. Performers on this "excellent playlist" (New York Times) include The Royal Philharmonic Orchestra, Neil Young, Can, and The Marketts, among others. Inherent Vice stars Oscar nominees Joaquin Phoenix, Josh Brolin, and Owen Wilson.

Nonesuch will release Jonny Greenwood’s soundtrack to Oscar-nominated filmmaker Paul Thomas Anderson’s new feature film, Inherent Vice, December 15, 2014, with the vinyl following March 3. An adaptation of the Thomas Pynchon novel of the same name, Inherent Vice, which will be released by Warner Bros. Pictures in theaters starting on December 12, is set in the tail end of the psychedelic ’60s and stars Oscar nominees Joaquin Phoenix, Josh Brolin, and Owen Wilson. In addition to nine compositions by Jonny Greenwood, the soundtrack features “Spooks,” an unreleased Radiohead tune performed by members of Supergrass, as well as other recordings from the movie’s era. Additional performers include The Royal Philharmonic Orchestra, Neil Young, Can, and The Marketts, among others. The Inherent Vice soundtrack is available to pre-order now in the Nonesuch Store.

This is the third Anderson film that Greenwood has scored. Their previous collaborations include the critically praised soundtrack for 2007’s Academy Award-winning There Will Be Blood and 2012’s The Master, both released by Nonesuch. Rolling Stone said of The Master that its “visual poetry is matched by Jonny Greenwood’s haunting, hypnotic score.” The New Yorker described the music as “rich and inventive.” The Times of London exclaimed: “Jonny Greenwood’s score is superb.” Of the There Will Be Blood score, the Boston Globe noted that the “squealing, cicada-like strings of…Popcorn Superhet Receiver masterfully evoke the film’s apocalyptic vision of the West.”

Widely known as the guitarist for Radiohead, Jonny Greenwood also is a highly respected composer. In addition to There Will Be Blood and The Master, Nonesuch also released his score for Norwegian Wood and his collaboration with Polish composer Krzysztof Penderecki last year.

Nonesuch also released the soundtrack for Anderson’s Punch-Drunk Love—a smart pop score by composer/producer Jon Brion—in 2002. Anderson’s other previous films—all of which have been highly praised—include Boogie Nights (1997) and Magnolia (1999). 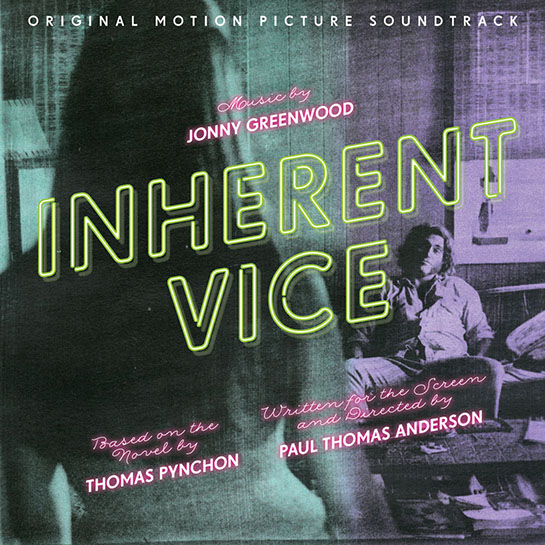