There Will Be Blood [Soundtrack]

Jonny Greenwood's score to Paul Thomas Anderson's Academy Award–winning film There Will Be Blood was named one of the 25 Best Movie Scores of the 21st Century by Indiewire. "Jonny Greenwood's musical compositions almost become another character in the film," says Variety. "Think Bernard Herrmann and Taxi Driver, another portrait of a twisted soul, with sound effects and music to match." The LP was mastered for vinyl at Abbey Road Studios and comes in an old-style gatefold jacket.

Guitarist/composer Jonny Greenwood's Grammy and BAFTA Award–nominated score to writer/director Paul Thomas Anderson's Academy Award–winning film There Will Be Blood, first released on Nonesuch Records on December 18, 2007, was released on vinyl worldwide for the first time on January 18, 2019, via Nonesuch. The LP was mastered for vinyl by Graeme Stewart and Christian Wright at Abbey Road Studios and pressed on 140g vinyl at Record Industry in the Netherlands with two additional tracks—"Proven Lands (Intro.)" and "De-Tuned Quartet"—and comes in an old-style gatefold jacket.

"One of the most memorable scores this side of the year 2000," exclaimed IndieWire when placing There Will Be Blood at No. 2 its list of the 25 Best Movie Scores of the 21st Century. In this adaptation of the Upton Sinclair novel Oil!, starring Daniel Day-Lewis in an Oscar-winning performance, "Greenwood's work, which is string-heavy and beautifully unsettling, is as memorable as Day-Lewis' performance ... Close your eyes and you can almost feel the oil pulsing beneath the ground."

"Jonny Greenwood's musical compositions almost become another character in the film," says Variety. "Think Bernard Herrmann and Taxi Driver, another portrait of a twisted soul, with sound effects and music to match."

The music is performed by the BBC Concert Orchestra led by Robert Ziegler, the Emperor Quartet, Caroline Dale (cello), and Michael Dussek (piano).

"I saw some fairly long sections of the film, read the script, and just wrote loads of music," Greenwood said of his process for composing the score. "I tried to write to the scenery, and the story rather than specific 'themes' for characters. It's not really the kind of narrative that would suit that. It was all about the underlying menace in the film, the greed, and that against the fucked-up, oppressive religious mood—and this kid in the middle of it all."

There Will Be Blood was the first of many collaborations between Paul Thomas Anderson and Jonny Greenwood. Greenwood went on to write the score for Anderson's films The Master (2012), Inherent Vice (2014), and Phantom Thread (2018), the soundtracks for which have all been released by Nonesuch. Indiewire says of their partnership: "Paul Thomas Anderson fans are well accustomed to how instrumental Jonny Greenwood's music is to the auteur's body of work. Whether it's the foreboding strings in There Will Be Blood or the discordant percussion in The Master, Greenwood's original scores expertly capture Anderson's tones."

Widely known as the guitarist for Radiohead, Jonny Greenwood is also a highly respected composer. In addition to the Anderson film soundtracks, Nonesuch also released his score for Norwegian Wood, his collaboration with Polish composer Krzysztof Penderecki, and his performance of Steve Reich's Electric Counterpoint. The label released Junun—a collaboration between Greenwood, composer/musician Shye Ben Tzur, and a group of Indian musicians called the Rajasthan Express that was recorded in the fifteenth-century Mehrangarh Fort in Jodhpur, India—in 2015; Paul Thomas Anderson documented the sessions for a film of the same name. 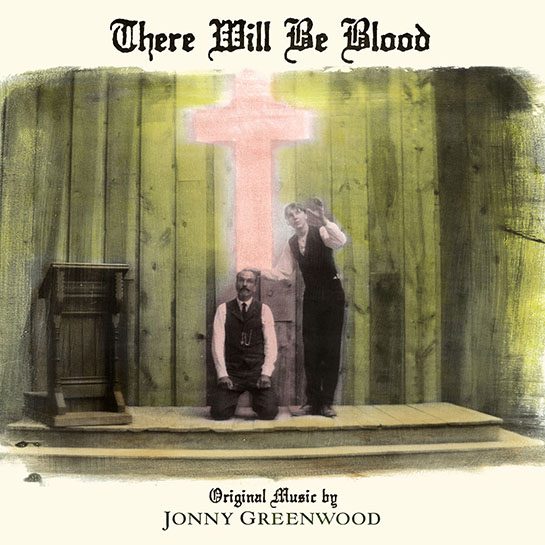