Jonny Greenwood’s soundtrack to writer/director Paul Thomas Anderson’s film The Master comprises 11 compositions by Greenwood—“rich and inventive” (The New Yorker)—along with four recordings from the post–World War II era in which the film is set. Rolling Stone says the film's "visual poetry is matched by Jonny Greenwood's haunting, hypnotic score." Soundtrack performers include The London Contemporary Orchestra, AUKSO Chamber Orchestra, and Ella Fitzgerald, among others.

Nonesuch releases composer Jonny Greenwood’s soundtrack to Oscar-nominated writer/director Paul Thomas Anderson’s new film The Master on September 11, 2012. The Master, which Anderson also co-produced, features Philip Seymour Hoffman, Joaquin Phoenix, Amy Adams, and Laura Dern. Released by The Weinstein Company, The Master debuts at the Venice Film Festival on September 1 and will open in US theaters on September 14. A striking portrait of drifters and seekers in post–World War II America, The Master unfolds the journey of a Naval veteran (Phoenix) who arrives home from war unsettled and uncertain of his future—until he is tantalized by The Cause and its charismatic leader (Seymour Hoffman). The soundtrack comprises 11 compositions by Greenwood along with four recordings from the movie’s era. Performers include the London Contemporary Orchestra, AUKSO Chamber Orchestra, and Ella Fitzgerald, among others.

This is the second Anderson film that Greenwood has scored. Their previous collaboration, the critically praised soundtrack for 2007’s Academy Award–winning There Will Be Blood, also was released by Nonesuch. The Boston Globe said the “squealing, cicada-like strings of … [Greenwood’s piece] Popcorn Superhet Receiver masterfully evoke the film’s apocalyptic vision of the West,” and the New York Times Magazine said, “The first 12 minutes of the movie have no dialogue—we watch [Daniel] Day-Lewis digging for silver in a filthy hole while the strings from Popcorn Superhet shriek and buzz menacingly, establishing right away that we’re looking at elemental evil.”

Widely known as the guitarist for Radiohead, Jonny Greenwood also is a highly respected composer. In addition to There Will Be Blood, Nonesuch released his score for Norwegian Wood in 2011 and his collaboration with Polish composer Krzysztof Penderecki earlier this year.

Nonesuch also released the soundtrack for Anderson’s Punch-Drunk Love—a smart pop score by composer/producer Jon Brion—in 2002. Anderson’s other previous films—all of which have been highly praised—include Boogie Nights (1997) and Magnolia (1999). 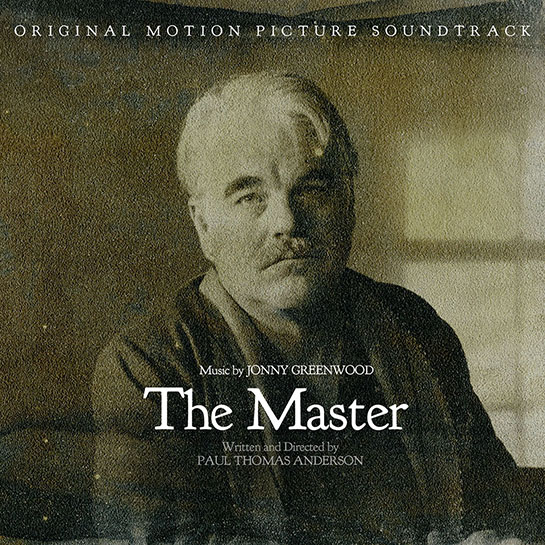