Nonesuch released guitarist/composer Jonny Greenwood’s instrumental score to director Tran Anh Hung’s film Norwegian Wood on March 8, 2011. An adaptation of Haruki Murakami’s bestselling novel, the film was released in the UK in the spring of 2011 and will be released by Red Flag Releasing and Soda Pictures in the US beginning January 6, 2012. Norwegian Wood stars Kenichi Matsuyama, Rinko Kikuchi, and Kiko Mizuhara. The score is performed by the BBC Concert Orchestra led by Robert Ziegler, and the Emperor Quartet, and is produced by Graeme Stewart. The soundtrack album also features three tracks written and performed by the German group Can.

The Guardian said in its film review, “This movie is gorgeously photographed by Ping Bin Lee, and has a plangent, keening orchestral score by Jonny Greenwood. It rewards attention with a very sensual experience.” The Mail on Sunday said: “Jonny Greenwood wrote the film’s majestic music which features classical strings and modern experimental sounds that brilliantly enhance the emotional turmoil of young love and the stunning natural landscapes.”

Born in Kyoto, Japan, in 1949, Haruki Murakami published his first novel, Hear the Wind Sing, in 1979, earning him the Gunzou Literature Prize for budding writers. In 1987 he published Norwegian Wood, which gained him a domestic and global following, with its various editions and volumes combined selling more than 10 million copies in Japan and 2.6 million overseas to date; it will be reissued by Vintage/Random House on January 3, 2012. Murakami’s most recent novel, IQ84, was released in the fall of 2011 to great acclaim.

Tran Anh Hung’s directorial debut, The Scent of Green Papaya (1992), won the Camera d’Or at Cannes and was nominated for the Academy Award for Best Foreign Language Film. His second film, Cyclo (1995), won the Golden Lion Award for Best Film at the Venice Film Festival. His other films include The Vertical Ray of the Sun (2000) and I Come with the Rain (2009).

In addition to his work with the band Radiohead, Jonny Greenwood has made a considerable name for himself as a composer in recent years. His Grammy– and BAFTA–nominated score for Paul Thomas Anderson’s 2007 film There Will Be Blood (Nonesuch) won the award for Best Film Score at the Evening Standard British Film Awards and the Ivor Novello Award for Best Original Film Score. His first solo project was a soundtrack for the Simon Pummell film Bodysong in 2003, and in 2004 Greenwood became BBC Radio 3’s Composer in Residence. His work under this appointment included Popcorn Superhet Receiver, which won the BBC Radio 3 Listeners’ Award at the 2006 British Composer Awards. Nonesuch will release an album of works by Greenwood and Polish composer Krzysztof Penderecki in 2012 (exact date TBD).

This album is available from Nonesuch worldwide, excluding Southeast Asia. 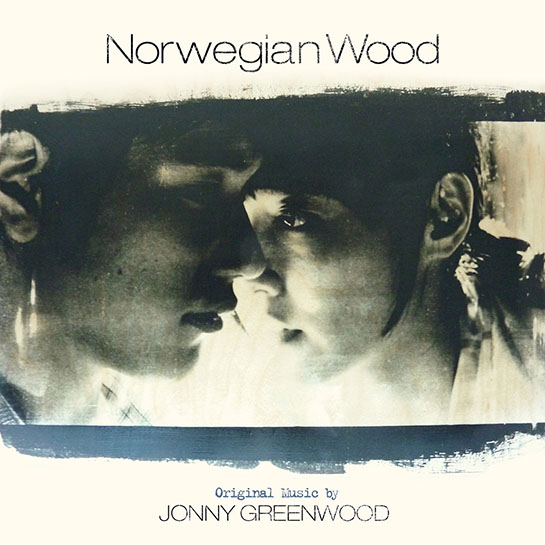