The three-CD box set The Randy Newman Songbook comprises the first two volumes in the Songbook series—solo recordings of songs from throughout Newman's five-decade career—plus 16 additional songs from a new third volume, along with five bonus tracks. The Associated Press has said: "Few singer-songwriters could inject more new life into solo piano versions of their work than Randy Newman."

Nonesuch Records released the three-CD box set The Randy Newman Songbook on December 16, 2016. Nonesuch's Randy Newman Songbook series—comprising solo recordings of songs from throughout Newman's five-decade career—previously included two volumes, released on CD in 2003 and 2011. Sixteen additional songs from a newly released third volume, along with five bonus tracks ("Feels Like Home," "A Wedding in Cherokee County," "Family Album: Homage to Alfred, Emil and Lionel Newman," "A Few Words in Defense of Our Country," and "I'm Dreaming"), join those first two volumes to create this new complete Songbook box set. Mitchell Froom produced The Randy Newman Songbook, Vol. 1 (which has been remastered for this box set) and was joined on Vol. 2 and Vol. 3 by Newman's lifelong friend and colleague Lenny Waronker. 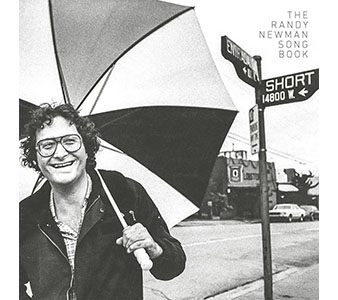