On this vinyl album, mandolin virtuoso Chris Thile performs two Bach works written for solo violin: Sonata No. 1 in G minor, BWV 1001 and Partita No. 1 in B minor, BWV 1002. "His timing is meticulous," says The New Yorker, "but his version also has the liveliness that improvising musicians sometimes can bring to written material." Gramophone exclaims: "This is extraordinary playing from an extraordinary musician who is willing to stretch stylistic and technical boundaries to further his art while paying homage to one of the greatest composers of all time." The album, produced by Edgar Meyer, was pressed on a single disc in 140-gram vinyl at Pallas.

Nonesuch Records releases a vinyl album of two Bach works written for solo violin and recorded by mandolin virtuoso and MacArthur Fellow Chris Thile on September 24, 2013: Sonata No. 1 in G minor, BWV 1001 and Partita No. 1 in B minor, BWV 1002. The album, pressed on a single disc in 140-gram vinyl at Pallas in Diepholz, Germany, was produced by Thile’s friend, mentor, and frequent collaborator, the double bassist and composer Edgar Meyer. Nonesuch Store orders include a download of the complete Bach: Sonatas and Partitas, Vol. 1 album at checkout.

Thile explains his connection to the composer: “Bach was my first meaningful experience with—for lack of a better word—classical music. It was the second recording of Glenn Gould playing the Goldberg Variations. Gould plays with the kind of rhythmic integrity that I had previously only associated with non-classical music: music with a groove, with a pocket, that made you move. Gould was playing that music like my heroes play fiddle tunes. It humanized the whole thing for me and the heavens opened up and Bach came down. I started devouring all the Bach I could get my hands on.”

He continues, “This record to me is not about this iconic violin music played on the mandolin—like, ‘Oh boy, what fun, he’s playing a weird instrument!’ It's about Bach being one of the greatest musicians of all time, the solo violin music being some of his best work, and the mandolin having the potential to cast it in a new and hopefully interesting light."

Chris Thile, whom London’s Independent calls “the most remarkable mandolinist in the world,” is the founding member and lead vocalist of Punch Brothers. With broad influences including progressive bluegrass, classical, rock, and jazz, Thile transcends the borders of conventionally circumscribed genres, creating a distinctly American canon and a new musical aesthetic. Thile will be touring this summer with Yo-Yo Ma, Stuart Duncan, and Edgar Meyer, with whom he released last year’s The Goat Rodeo Sessions, which won two Grammys in 2013.

As a soloist, Thile has released five previous albums. In 2011, Nonesuch Records released the Grammy–nominated Sleep with One Eye Open, an album of duets with guitarist Michael Daves. Thile has also collaborated with a pantheon of musical innovators from multiple genres including Béla Fleck, Brad Mehldau, and Hilary Hahn. For more than 15 years, Thile played in the wildly popular band Nickel Creek, with which he released three albums, sold two million records, and was awarded a Grammy.

The New Yorker’s Alec Wilkinson said of Punch Brothers: “each musician has a deep command of his instrument … their technique and specific sensibilities have given Punch Brothers a sound that is strikingly coherent and singular, even if they haven’t yet settled on a genre … Each of the musicians … plays with grace, thoughtfulness, and force to a degree that is not duplicated by any band I am aware of.” Their latest album, the critically acclaimed Who’s Feeling Young Now?, was released in 2012 on Nonesuch Records. 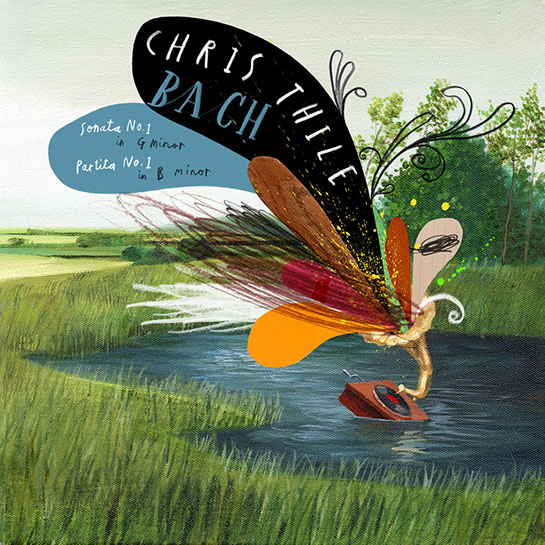