Mandolinist/singer Chris Thile and pianist Brad Mehldau, longtime admirers of each other's work, make their duo debut together with this mix of covers and original songs. The artists "come from different worlds but the same species," says the New York Times. "Mr. Thile is a progressive-bluegrass pacesetter; Mr. Mehldau is the most influential jazz pianist of the last 20 years. Both are team players." The Guardian exclaims: "Two very different musicians hit a remarkable rapport on this double album."

Nonesuch Records labelmates mandolinist/singer Chris Thile and pianist Brad Mehldau, longtime admirers of each other's work, first toured as a duo in 2013. At the end of 2015, they played a two-night stand at New York City's Bowery Ballroom before going into the studio to record Chris Thile & Brad Mehldau, a mix of covers and original songs that Nonesuch releases on January 27, 2017, on two CDs / LPs.

"Chris Thile and Brad Mehldau come from different worlds but the same species," says the New York Times. Mr. Thile "is a progressive-bluegrass pacesetter; Mr. Mehldau is the most influential jazz pianist of the last 20 years. Both are team players ... Both love Bach and the Beatles, and both have developed fan bases bigger and broader (and younger) than their genre silos can accommodate."

The two musicians first performed together in September 2011 as part of Mehldau's residency at London's Wigmore Hall. The Guardian said of that performance, "Mehldau struck up his signature rocking chord vamp over which lightly struck motifs swell to sensuous extended melodies. Thile kept cajoling him with percussive snaps, flying runs, and chords strummed fast enough to sound as seamless as a purring strings section, inducing Mehldau … to bat back the playful provocation with stinging rejoinders."

MacArthur Fellow and A Prairie Home Companion host Chris Thile is the founding member of Punch Brothers, which a Boston Globe reviewer called "the tightest, most impressive live band I have ever seen." The band has released four albums on Nonesuch beginning in 2008: Punch, Antifogmatic, Who's Feeling Young Now?, and The Phosphorescent Blues. Thile's other releases on the label include Sleep with One Eye Open with Michael Daves; Edgar Meyer & Chris Thile and Bass & Mandolin—the latter of which won a Grammy Award; a solo record of Bach violin sonatas and partitas; and A Dotted Line with his longtime band Nickel Creek. He also recently collaborated with Yo-Yo Ma, Stuart Duncan, and Edgar Meyer on the double Grammy Award–winning album The Goat Rodeo Sessions.

Brad Mehldau's Nonesuch debut was the 2004 solo disc Live in Tokyo and includes six records with his trio: House on Hill, Day Is Done, Brad Mehldau Trio Live, Ode, Where Do You Start, and Blues and Ballads. His collaborative records on the label include Love Sublime, Highway Rider, Metheny Mehldau, Metheny Mehldau Quartet, Modern Music, and Mehliana: Taming the Dragon. Mehldau's additional solo albums on Nonesuch include Live in Marciac and last year's 8-LP/4-CD 10 Years Solo Live, which the New York Times says "contains some of the most impressive pianism he has captured on record." Earlier this year, he released a duo album with Joshua Redman, Nearness, of which the Wall Street Journal said: "Few records released this year better define what jazz sounds like today, even if there isn't a hip noun to describe it." 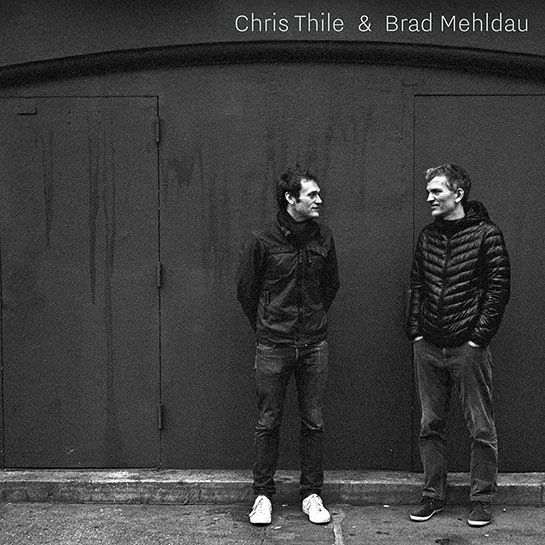