Double-bassist Meyer and Punch Brothers mandolin player Thile, both Grammy Award–winning virtuosos, incorporate bluegrass, folk, country, and classical elements into this musical tête-à-tête, recorded at Meyer's Nashville studio. It has the pedigree of a superstar session but feels like a conversation between friends.

Nonesuch releases the first recording collaboration by bassist Edgar Meyer and mandolinist Chris Thile, Edgar Meyer and Chris Thile. The album features 12 original compositions by the duo, who have been performing together sporadically for the past several years. Included with the deluxe edition of the album is a 50-minute DVD featuring performances, rehearsals, and behind-the-scenes conversations with the two musicians.

Meyer and Thile began playing together eight years ago, and began performing live as a duo in 2003. Thile calls Meyer his “hero” and goes on to say, “Edgar is one of the biggest influences on my musical life, and now I’m in a duo with him and writing songs with him. This was my dream. I always wondered what it would be like to be playing music this hard.”

The respect and admiration is mutual. Meyer says, “Chris is unique. I can’t think of another musician with his combination of abilities. When Chris came on the scene and we actually realized what he was doing and what he was capable of and what he would be doing, it was a wonderful feeling that the next generation was going to take things well beyond what we had imagined.”

He continues, “You know, it’s not obvious to everybody, but mandolin and bass can be an excellent instrumentation. I like the way they interact dynamically and the way they contrast each other and don’t get in each other’s space.”

Throughout a lifetime of performing and composing, Edgar Meyer has turned the double bass into a modern virtuoso instrument that is equally at home in classical music and in the American vernacular. In 1994, Meyer became the first bassist to win the Avery Fisher Prize. He is also a recipient of the prestigious MacArthur Foundation “Genius” Award and three Grammy Awards. Meyer has found devoted audiences through a vast range of projects, from his own double bass concertos that he continues to perform regularly to recital collaborations with Emanuel Ax and Amy Dorfman and performance and recording projects with artists including Joshua Bell, Yo-Yo Ma, Bela Fleck, Zakir Hussain, Mark O’Connor, Sam Bush, Jerry Douglas, Mike Marshall, and many others. The New Yorker calls him “the most remarkable virtuoso in the relatively unchronicled history of his instrument.”

Widely regarded as one of the most interesting and inventive musicians of his generation, mandolinist Chris Thile has elevated his instrument from its origins as a relatively simple folk and bluegrass instrument to the sophistication and brilliance of the finest jazz improvisation and classical performance. NPR’s Bob Boilen said of him, “I’ve seen many musicians in my day, but my jaw dropped listening to and watching Thile play … The command he had of his instrument, from frenetically fast strumming to tasty quiet fills, it was just first-rate.” Thile’s newest venture, Punch Brothers, is composed of five young and fiercely talented musicians—Thile, Gabe Witcher (fiddle), Chris Eldridge (guitar), Noam Pikelny (banjo), and Greg Garrison (bass). Its music spans many genres. As the San Francisco Chronicle asks, “Why didn’t someone think about mixing bluegrass, jazz and classical music together sooner? Chris Thile … is doing it with his new outfit, Punch Brothers, and the result is totally mind-blowing.” The band’s Nonesuch debut, Punch, was released in 2007. 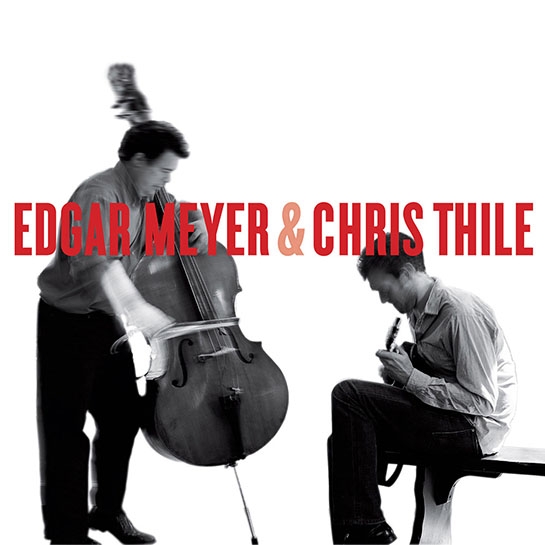