Arca’s most recent release is the critically acclaimed five-album cycle kick, which the New York Times calls a “masterwork” and Pitchfork calls “a slippery, unwieldy, mind-bending collection of sound design that drives home the ur-theme of all her music: transformation.”

Laurie Anderson's six-part series of Norton Lectures, Spending the War Without You: Virtual Backgrounds, given virtually over the course of last year on Zoom through the Mahindra Humanities Center at Harvard, is now available to stream via the Center's YouTube channel here. The series examines the challenges faced by artists and citizens alike as culture is reinvented. “Anderson plays Zoom like an instrument,” writes Harvard Magazine's Lily Scherlis. “Holed up in her studio with a greenscreen and an arsenal of iPads, she composes and performs a complete audiovisual experience.” The Charles Eliot Norton Professorship in Poetry was endowed in 1925. Harvard’s preeminent lecture series in the arts and humanities, the Norton Lectures recognize individuals of extraordinary talent who, in addition to their particular expertise, have the gift of wide dissemination and wise expression. The term "poetry" is interpreted in the broadest sense to encompass all poetic expression in language, music, or the fine arts.

Laurie Anderson’s Big Science was reissued on vinyl for the first time in thirty years this past spring on Nonesuch Records. The album “has never been more pertinent than it is right now,” writes Margaret Atwood for the Guardian. “Have a listen. Confront the urgent questions. Feel the chill.” Uncut, which heralded the release as its Reissue of the Month, says, “It's worth considering how readily Big Science stands alone, untethered from time and place, and how, over the course of its near-40-year existence, it has been a record that has come to acquire new resonance with each generation, now standing as one of the most influential albums of the past four decades.” Anderson recently performed an NPR Tiny Desk (Home) Concert, featuring music from Big Science, from her studio. She was joined, on synthesizer, by Roma Baran, who performs on and co-produced Big Science with Anderson, and Rubin Kodheli on cello to perform “Let x=x,” “O Superman (For Massenet),” and an improvisation on violin and cello. You can watch it here.

Laurie Anderson is one of America’s most renowned—and daring—creative pioneers. Her work, which encompasses music, visual art, poetry, film, and photography, has challenged and delighted audiences around the world for over 40 years. Anderson released her first album with Nonesuch Records in 2001, the critically lauded Life on a String. Her subsequent releases on the label include Live in New York (2002), Homeland (2010), the soundtrack to Anderson’s acclaimed film Heart of a Dog (2015), and her Grammy-winning collaboration with Kronos Quartet, Landfall (2018). Additionally, Anderson’s virtual-reality film La Camera Insabbiata, with Hsin-Chien Huang, won the 2017 Venice Film Festival Award for Best VR Experience, and, in 2018, Skira Rizzoli published her book All the Things I Lost in the Flood: Essays on Pictures, Language and Code, the most comprehensive collection of her artwork to date. The Hirshhorn Museum in Washington, DC, is hosting Laurie Anderson: The Weather, the largest-ever US exhibition of her artwork, through July 31, 2022.

Arca, the Grammy-nominated Venezuelan electronic artist named Alejandra Ghersi Rodriguez, “has been at the forefront of a movement that has pushed the boundaries of the pop music landscape,” says NPR. Her body of work, which most recently includes the genre-bending five-album cycle, kick, continues to collapse long-standing barriers between artist and art, human and technology, avant-garde, and pop, and between the many disciplines—from music to visual art to fashion and beyond. With what the New Yorker calls “a forward-thinking, inventive, almost alien sensibility,” she has left her indelible mark on collaborations with Lady Gaga, FKA twigs, Björk, Frank Ocean, Kanye West, HBO’s Euphoria, and the Museum of Modern Art, as well as in modeling campaigns for Bottega Veneta, Balmain, Loewe, Burberry, and Calvin Klein. Last year, Arca received her first Grammy and Latin Grammy Award nominations for her album kick, for Best Dance/Electronic Album and Best Alternative Music Album, respectively. She also received a GLAAD Media Award nomination for Outstanding Breakthrough Music Artist. 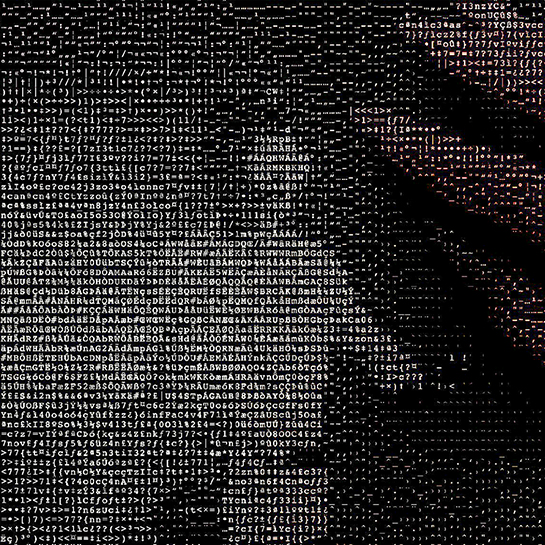