The performances on Laurie Anderson's 2002 two-CD live recording, Live in New York, were recorded in New York City at Town Hall on September 19 and 20, 2001, just a week after the September 11 attacks on the city. The dates were part of an intimate US tour by Anderson in support of her critically acclaimed Nonesuch debut, Life on a String; it was her first tour with a band.

The two-disc set features ten songs from Life on a String as well as new arrangements of such vintage Anderson works as “Let X=X,” “Strange Angels,” and “O Superman.” Anderson, who performs on violin, keyboards, and effects, was joined on stage by Skúli Sverrisson (bass), Peter Scherer (keyboards), and Jim Black (drums). 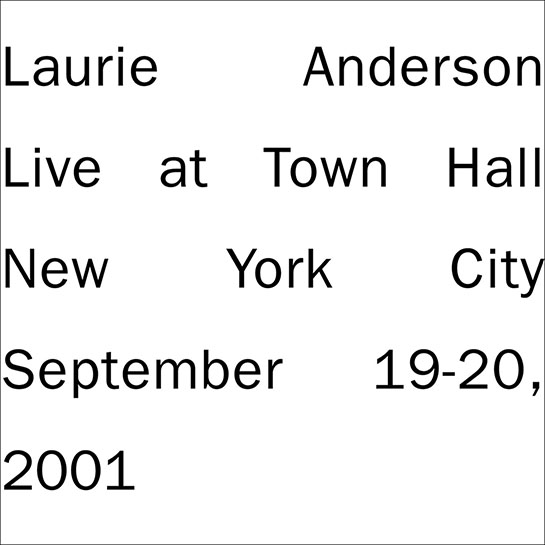