Life on a String

Life on a String, Laurie Anderson's Nonesuch Records debut, was released in August 2001 and was her first recording of new music since Bright Red in 1994. Anderson, certainly the most heralded multimedia artist of her generation, has an extensive discography that ranges from her 1981 debut single "O Superman" to the 4-CD document of her legendary staged work United States Live (1984) and her spoken word collection The Ugly One With the Jewels and Other Stories (1995). With Life on a String, she turned her view inward, creating the most personal recording of her career.

Musically, Life on a String’s intensity is heightened by its spare sound. It draws both on the emotive power of strings—Anderson plays violin on a record for the first time since her debut Big Science—and the rich variety of rhythmic beds she has created. Among her compositions is a rare instrumental ("Here with You "). The album, which Anderson co-produced with Hal Willner (Marianne Faithful, Lou Reed), includes guest appearances by musicians Bill Frisell, Dr. John, Lou Reed, and Van Dyke Parks, among others.

Laurie Anderson, in describing her lyrical approach to the album, said, "I tried to make the language plain and observational. I tried to be simple. Just to say what I saw. It is dark. But I’m glad about that, because there are plenty of cheerful songs around." 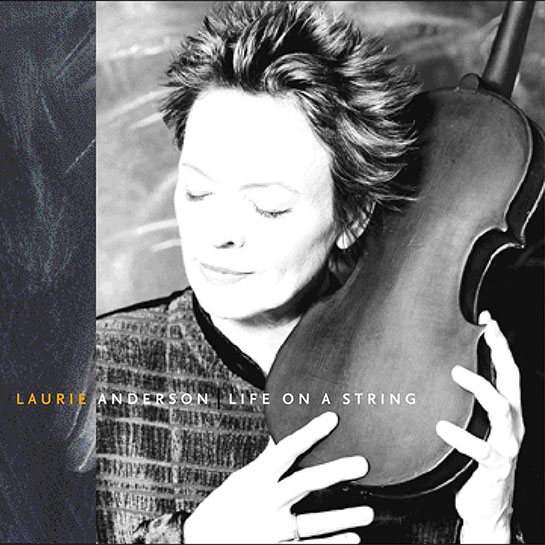