Laurie Anderson and Kronos Quartet's Landfall, inspired by her experience of Hurricane Sandy, is the first collaboration between the iconic storyteller/musician and the groundbreaking string quartet, who perform together on the recording. Landfall juxtaposes lush electronics and traditional strings by Kronos with Anderson's powerful descriptions of loss, from water-logged pianos to disappearing animal species to Dutch karaoke bars. The Washington Post calls it "riveting, gorgeous." Grammy Award Winner: Best Chamber Music / Small Ensemble Performance.

Laurie Anderson and Kronos Quartet’s Landfall was released on Nonesuch Records on February 16, 2018. The piece, which was inspired by Anderson’s experience of Hurricane Sandy, is the first collaboration between the iconic storyteller/musician and the groundbreaking string quartet, who perform together on the recording. Landfall juxtaposes lush electronics and strings with Anderson’s powerful descriptions of loss, from water-logged pianos to disappearing animal species to Dutch karaoke bars.

“These are stories with tempos,” Anderson says. “I’ve always been fascinated by the complex relationship of words and music whether in song lyrics, supertitles or voice over. In Landfall, instruments initiate language through our new text software, erst. The blend of electronic and acoustic strings is the dominant sound of Landfall. Much of the music in this work is generated from the harmonies and delays of unique software designed for the solo viola and reinterpreted for the quartet. In addition, there were elements of the optigan, a keyboard that uses information stored on optical discs.”

Kronos Quartet founder, artistic director, and violinist David Harrington says, “Laurie Anderson is the master magician musician who has always inhabited those secret places where technology has personality, where ‘real time’ is questioned and where all the elements of performance meet and combine into music. Her process is to gather and continue to gather potentially useful aspects as she sculpts a shape. Her sense of play and fun and her continuous experimenting make her the ideal chemist (or is it alchemist?) in the laboratory of music.”

In addition to Landfall, Anderson also releases a new book in February, All the Things I Lost in the Flood: Essays on Pictures, Language and Code, published by Skira Rizzoli. Two years ago Anderson began looking through her archive of nearly forty years of work, which includes scores of documentation, notebooks, and sketchbooks. In the process, she rediscovered some of her work and looked at many projects with a fresh eye, leading her to write a collection of essays looking at the way language entered her visual work.

Laurie Anderson is one of America’s most renowned—and daring—creative pioneers. Her work, which encompasses music, visual art, poetry, film, and photography, has challenged and delighted audiences around the world for more than thirty years. Anderson is best known for her multimedia presentations and musical recordings. Her tours have taken her around the world, where she has presented her work in small arts spaces and grand concert halls, and everywhere in between. She has numerous major works to her credit, along with countless collaborations with an array of artists, from Jonathan Demme and Brian Eno to Bill T. Jones and Peter Gabriel.

Anderson’s first single, “O Superman,” launched her recording career in 1981, rising to number two on the British pop charts and subsequently appearing on her landmark release Big Science. She went on to record six more albums with Warner Brothers. In 2001, Anderson released her first album with Nonesuch Records, the critically lauded Life on a String. Her subsequent releases on the label include Live in New York (2002), a reissue of Big Science (2007), and Homeland (2010). Nonesuch most recently released the soundtrack to Anderson’s acclaimed film, Heart of a Dog (2015), Uncut called, “‘Warm, witty and thought-provoking … her subject is the very stuff of life: grief, love, joy, memory, loss … like listening to a series of short radio plays or a podcast of Anderson’s anthropological musings … Anderson’s most satisfying and human work.” Additionally, Anderson’s virtual-reality film La Camera Insabbiata, with Hsin-Chien Huang, won the 2017 Venice Film Festival Award for Best VR Experience.

For more than 40 years, San Francisco’s Kronos Quartet—David Harrington (violin), John Sherba (violin), Hank Dutt (viola), and Sunny Yang (cello)—has combined a spirit of fearless exploration with a commitment to continually reimagine the string quartet experience. In the process, Kronos has become one of the world’s most celebrated and influential ensembles, performing thousands of concerts, releasing more than 60 recordings, collaborating with an eclectic mix of composers and performers, and commissioning over 900 works and arrangements for string quartet. They have won over 40 awards, including a Grammy Award and the prestigious Polar Music and Avery Fisher Prizes. The nonprofit Kronos Performing Arts Association manages all aspects of Kronos’ work, including the commissioning of new works, concert tours and home season performances, education programs, and a self-produced Kronos Festival. In 2015, Kronos launched Fifty for the Future: The Kronos Learning Repertoire, an education and legacy project that is commissioning—and distributing for free—the first learning library of contemporary repertoire for string quartet. Nonesuch, the quartet’s longtime label, celebrated the ensemble’s fortieth anniversary year with two releases: the Kronos Explorer Series five-CD box set and a new album, A Thousand Thoughts; more recently, Nonesuch released the One Earth, One People, One Love: Kronos Plays Terry Riley, five-CD, four album box set that included the new release Sunrise of the Planetary Dream Collector: Music of Terry Riley; and Folk Songs, which features Sam Amidon, Olivia Chaney, Rhiannon Giddens, and Natalie Merchant singing traditional folk songs with arrangements by Jacob Garchik, Nico Muhly, Donnacha Dennehy, and Gabe Witcher. Folk Songs was the fiftieth record Kronos has released on the label since 1985. 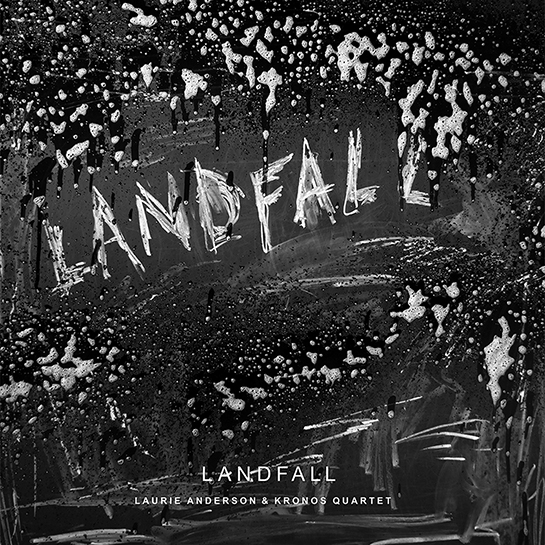