De Profundis features 12 pieces from the performing repertoire of Gidon Kremer, whom the Boston Globe calls "one of the most important violinists before the public today." The composers represented here span nearly two centuries, from Schubert to Schnittke for an album that "plays through like a fascinating mix tape, with a surprise around every corner," says NPR. "It's fantastic."

Nonesuch Records released Grammy Award–winning violinist Gidon Kremer’s De Profundis, featuring the Kremerata Baltica chamber orchestra, on September 14, 2010. The album’s 12 pieces, selected from Kremer’s performing repertoire, all hold very special meaning to him, and are connected to each other on a deep, intuitive level.

Kremer explains: “The artists featured on this record affirm a deep-rooted personal expression that can resonate within anyone. Their spiritual missive can sustain humans by appealing to their profoundest emotions, by letting them open up, become more conscious, rather than ‘forget themselves.’ Each of the 12 pieces selected for this album sends its own individual message to the listener, one that my colleagues from Kremerata Baltica and I have tried to illuminate.”

Gidon Kremer dedicates De Profundis to all those who refuse to be silenced, “namely to Mikhail Khodorkovsky, who—being a real patriot of Russia—can be seen as a symbol for democratic changes in his home country. Khodorkovsky continues to spend years of imprisonment in Siberia, where he has been sent by a questionable trial.” (Arvo Pärt dedicated his fourth symphony, Los Angeles, to Khodorkovsky as well.)

Kremerata Baltica was founded by Gidon Kremer in 1996 and is composed of a group of young musicians from the three Baltic States. They first performed in the violinist’s hometown of Riga, Latvia, in February 1996 and have since toured throughout the world. Kremer, who is the group’s artistic director, described the Kremerata Baltica, in an interview with the New York Times, as “a musical democracy ... open-minded, self-critical, a continuation of my musical spirit.” 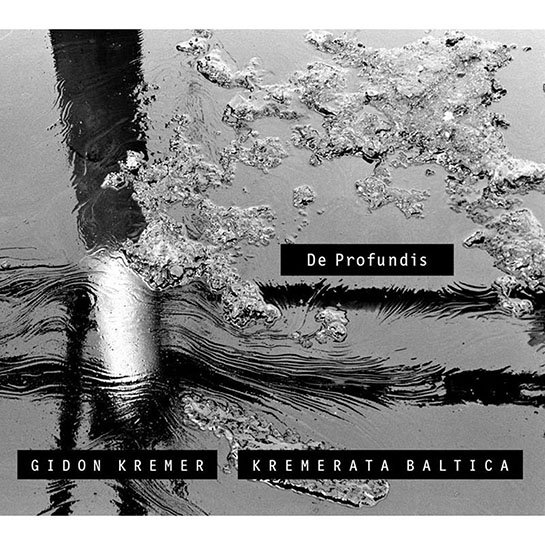