The two works by Romanian composer Georges Enescu featured on this recording—one from very early in the composer’s career (Octet for Strings), the other a mature creation (Quintet for Piano and Strings)—offer profound evidence of Enescu’s technical assurance and distinctive voice.

The distinguished violinist Gidon Kremer leads members of his young chamber ensemble Kremerata Baltica in performances of the Octet for Strings, Op. 7, and Quintet for Piano and Strings, Op. 29, by Romanian composer Georges Enescu. This recording, their fifth release for the label, was released on May 21, 2002, following a recent Grammy Award for their 2001 release After Mozart.

The two works featured on this recording—one from very early in the composer’s career, the other a mature creation—offer profound evidence of Enescu’s technical assurance and distinctive voice. Born in 1881 in Liveni, Romania, Enescu was a child prodigy who entered the Vienna Conservatory as a violinist at the age of seven. Graduating at age 10, he performed the music of Brahms under the composer’s direction and witnessed performances of Wagner’s music led by legendary conductor Hans Richter. Both composers would remain influential, lifelong passions. Enescu continued his studies under Massenet and Fauré at the Paris Conservatory, where his classmates included composer Maurice Ravel, pianist Alfred Cortot and violinist Jacques Thibaud. The first concert of his compositions took place in Paris in 1897.

Active as a composer throughout his life (though he only published 33 works), Enescu was best known in the United States as a virtuoso violin soloist, chamber musician and conductor (who was once considered as a successor to Toscanini in New York). He was also a leading pedagogue, counting Yehudi Menuhin and Dinu Lipatti among his most prominent pupils. Aside from his two popular Romanian Rhapsodies, however, Enescu’s compositions have suffered from neglect over the years since his death.

Written in 1900, Enescu’s Octet for Strings combines the chromatic richness prevalent in Vienna at the time with a refined sense of formal structure. After World War I, he was increasingly influenced by the folk music of his native Romania, the effect of which is subtly echoed in the Quintet for Piano and Strings of 1940, heard here in its first recording. In the hands of Kremer and his ensemble, both works are revealed to be masterful and distinctive pieces that deserve to be more widely known.

Kremerata Baltica—whom the Los Angeles Times calls, “extraordinary young players ... they animate everything their bows touch”—was founded by Gidon Kremer in 1996. An orchestra of young musicians from the three Baltic States, they first performed in Riga, Latvia in February 1997 and have gone on to tour throughout the world. Kremer had long sought to share his rich artistic experience with young musicians in his native Latvia and the Baltic region, and was prompted to form a more lasting relationship with the artists, as a way to give back to the community that fostered his own musical growth. Kremer, who acts as the group’s artistic director, said, in an interview for the New York Times, that it functions as “a musical democracy ... open-minded, self-critical, a continuation of my musical spirit.” 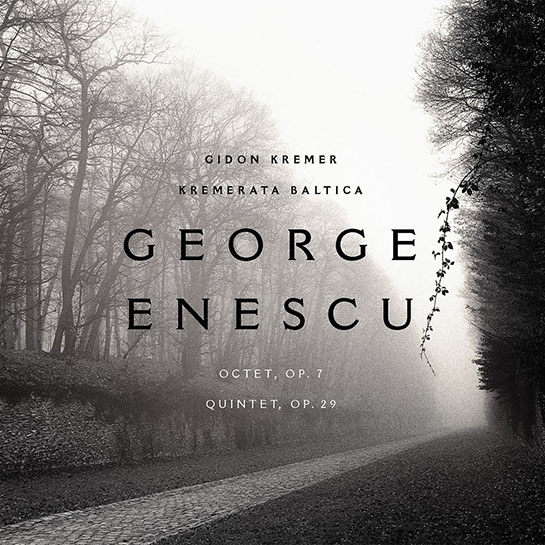