For the first time on record, Upshaw interprets the work of Baroque masters J.S. Bach and Henry Purcell. Her performance, says Fortune, "is so fluid, strong, and serene that it acts upon a cluttered cortex like deep-tissue shiatsu."

For the first time on record, singer Dawn Upshaw, called “the greatest American vocal recitalist working today” (Washington Post), lends her voice to two masters of the Baroque era, in a recording of music by J.S. Bach and Henry Purcell called Angels Hide Their Faces. Joined by Arthur Haas (continuo and organ), Myron Lutzke (baroque cello), and a distinguished supporting ensemble, Grammy Award winner Dawn Upshaw, widely acknowledged for her skills in diction and interpretation of text, distinguishes herself in this repertoire as a fluent interpreter of English.

The Purcell songs, selected from his vast output, are ones that have been personal favorites of Upshaw, especially "The Blessed Virgin’s Expostulation,” which she has performed frequently in recital. “The Blessed Virgin’s Expostulation,” with text by Nathan Tate, Purcell’s librettist for Dido and Aeneas, is also the largest Purcell piece on the record. Other songs include “An Evening Hymn,” from a collection of sacred songs, “Music for a While,” and the popular “If Music Be the Food of Love.”

As well-documented as Bach’s enormous output has been, his dramatic cantata Mein Herze schwimmt im Blut was lost until the early 20th century. Composed in Weimar in 1714 to a text by Georg Christian Lehms, the piece was originally scored for mezzo-soprano and later transposed up for soprano. Upshaw’s present performance of Bach’s Cantata BWV 199 is rooted in a number of recent staged performances of the work directed by Peter Sellars, a close colleague with whom Upshaw has shared five full-scale collaborations. 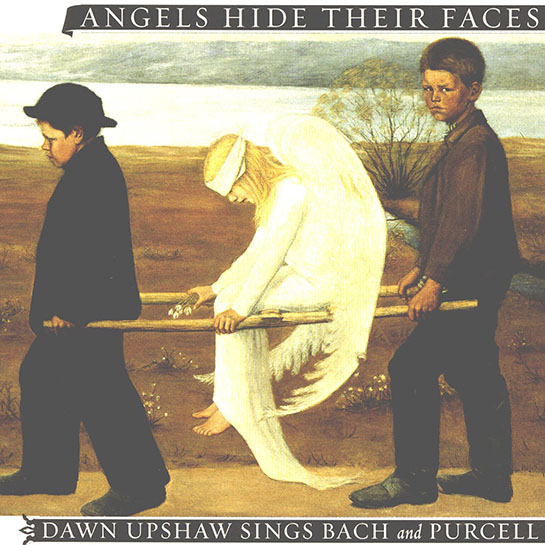