Soprano Dawn Upshaw is joined by guitarists Sérgio and Odair Assad on this beguiling set of songs addressing the themes of night, sleep, and dreams and including pieces by composers ranging from Handel to George Crumb. The Washington Post calls it "imaginatively conceived and flawlessly executed."

Dawn Upshaw joins music from four centuries in a collection dedicated to Morpheus, the god of Sleep. From the peaceful realm depicted by Handel and Dowland, to a world of wakefulness and the Moon favored by Schwanter and Crumb, White Moon encompasses both soothing and unsettling aspects of night and sleep.

Upshaw, previously a Grammy Award winner for her Nonesuch recital collections Knoxville: Summer of 1915 and The girl with orange lips, has become well-known for her distinctive programming, both on recording and in performance. White Moon presents a range of musical mood and style, as well as text and instrumentation. The soprano is variously paired with piano; duo guitars; and mixed wind and string ensembles to evoke a spectrum of nocturnal atmospheres.

members of The Orpheus Chamber Orchestra 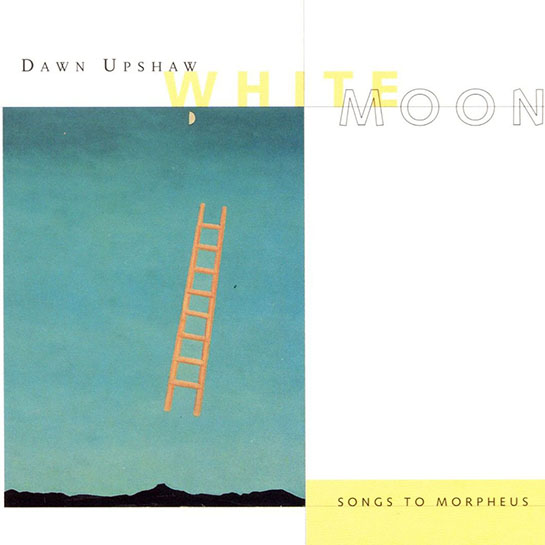