What's It All About

What's It All About, Pat Metheny's sequel to his Grammy-winning first solo baritone-guitar effort, One Quiet Night, features classic tunes from songwriters like Paul Simon, Lennon & McCartney, Burt Bacharach, and Henry Mancini. The Boston Herald says: "Metheny’s thoughtful, loving approach elevates every tune he tackles to a realm of beauty."

Nonesuch Records releases What’s It All About—a solo acoustic album from guitarist and composer Pat Metheny—on June 14, 2011. After nearly 40 recordings under his name, this marks the first time there is not a single Metheny composition represented. Rather, What’s It All About comprises 10 classic songs, some very well known, that hold personal meanings for the guitarist. What’s It All About is available for pre-order now; all pre-orders come with a limited-edition, 9x12 photographic print, a number of which will be signed, and a free instant download of the album track “Alfie,” by Burt Bacharach and Hal David.

Following the Grammy–winning 2001 solo acoustic record One Quiet Night, Metheny began regularly playing the specially tuned baritone guitar he used on that album in the breaks between sound check and the show when he was on the road. “Almost every day as I worked through one well-known tune or another, various visitors or local crew people would come up to me and ask which record it was on, and I would have to say that I had never made a record like that,” Metheny says. “And over the years, I have had it in the back of my mind that I should do an album of some of those tunes at some point.”

As with One Quiet Night, Metheny recorded the songs on What’s It All About late at night, in his New York City home over a short period of time. In selecting which ones to put to tape, Metheny says: “I wanted to record some of the music that was on my radar before I ever wrote a note of my own, or in a few cases, even before I played an instrument. I was born in 1954 and all of these songs were in the Top 40 during my childhood and early teen years. It was a period when harmony and melody were still important and viable elements in popular music. Every one of these tunes has something going on that is just hip on musical level, no matter how you cut it. They have all stuck with me over the years.”

Most of the record was made using the acoustic baritone guitar, with three exceptions: Paul Simon’s “The Sound of Silence” is played on a 42-string custom made “Pikasso” guitar, Bob Spickard and Brian Carman’s “Pipeline” is played on a six-string, and John Lennon and Paul McCartney’s “And I Love Her” is played on a nylon string guitar.

Over the course of more than three decades, guitarist Pat Metheny has set himself apart from the jazz mainstream, expanding and blurring boundaries and musical styles. His record-setting body of work includes 18 Grammy Awards in 12 separate categories; a series of influential trio recordings; award-winning solo albums; scores for hit Hollywood motion pictures; and collaborations and duets with major artists such as Ornette Coleman, Steve Reich, Charlie Haden, Brad Mehldau, and many others. His band, the Pat Metheny Group, founded in 1977, is the only ensemble in history to win Grammys for seven consecutive releases. 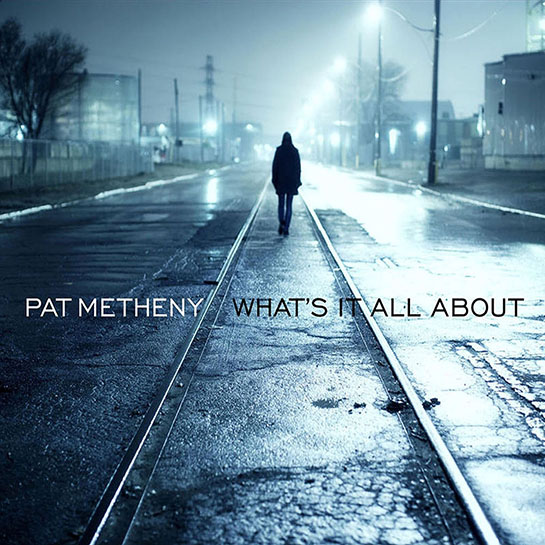