Steve Reich's Pulse / Quartet includes the world-premiere recordings of Pulse, performed by the International Contemporary Ensemble, and Quartet, played by the Colin Currie Group. The Los Angeles Times notes the "lyricism, gorgeous instrumental textures and affecting harmonies" of Pulse, and the New York Times says of Quartet: "Written for two vibraphones and two pianos, Quartet is Mr. Reich's first piece for those two instruments alone, and the combination is ingenious and seductive, and deployed with subtle craftsmanship."

Nonesuch releases Steve Reich's Pulse / Quartet on February 2, 2018; the album is also available on vinyl LP on March 30. Pulse (2015) is performed by the International Contemporary Ensemble—an artist collective committed to transforming the way music is created and experienced—and Quartet (2013) is played by the Colin Currie Group, an ensemble led by percussionist Colin Currie that specializes in the music of Steve Reich; these are also the ensembles that gave the world premiere performances of the respective works.

Reich says, "Pulse, for winds, strings, piano and electric bass, was completed in 2015 and was, in part, a reaction to Quartet, in which I changed keys more frequently than in any previous work. In Pulse I felt the need to stay put harmonically and spin out smoother wind and string melodic lines in canon over a constant pulse in the electric bass and or piano. From time to time this constant pulse is accented differently through changing hand alternation patterns on the piano. All in all, a calmer more contemplative piece."

He continues, "Quartet, when mentioned in the context of concert music, is generally assumed to mean string quartet. In my case, the quartet that has played a central role in many of my pieces (besides the string quartet) is that of two pianos and two percussion. It appears like that or in expanded form with more pianos or more percussion in The Desert Music; Sextet; Three Movements; The Four Sections; The Cave; Dance Patterns; Three Tales; You Are (Variations); Variations for Vibes, Pianos and Strings; Daniel Variations; Double Sextet; and Radio Rewrite. In Quartet, there is just this group alone: two vibes and two pianos.

"The piece is one of the more complex I have composed. It frequently changes key and often breaks off continuity to pause or take up new material. Though the parts are not unduly difficult, it calls for a high level of ensemble virtuosity. The form is one familiar throughout history: fast, slow, fast, played without pause. The slow movement introduces harmonies not usually found in my music."

Steve Reich has been called "our greatest living composer" (New York Times) and "the most original musical thinker of our time" (New Yorker). His path has embraced not only Western Classical music, but the structures, harmonies, and rhythms of non-Western and American vernacular music, particularly jazz. "There's just a handful of living composers who can legitimately claim to have altered the direction of musical history and Steve Reich is one of them," states the Guardian. In April 2009 Steve Reich was awarded the Pulitzer Prize in Music for his composition Double Sextet. Nonesuch has released twenty-three Steve Reich albums, beginning in 1985 with The Desert Music and including two box sets; his most recent album was Radio Rewrite (2014). 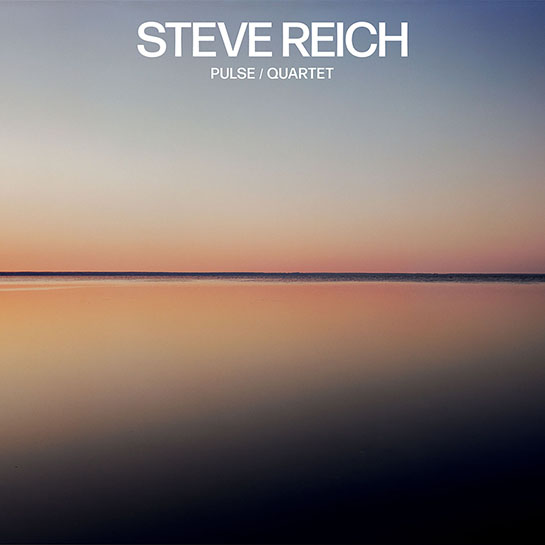