Steve Reich’s album Radio Rewrite features the first recording of the 2012 title piece, which references two songs by Radiohead and is performed by Alarm Will Sound led by Alan Pierson; Electric Counterpoint (1987), performed by Radiohead guitarist Jonny Greenwood; and Piano Counterpoint, a 2011 transcription by Vincent Corver of Reich’s 1973 Six Pianos performed by pianist Vicky Chow, a member of Bang on a Can All-Stars. The Observer calls the title piece "instantly accessible, instantly enjoyable." NME says of the album: "Deeply affecting, this is a great showcase of a compelling mind."

Nonesuch released Pulitzer Prize–winning composer Steve Reich’s album Radio Rewrite on September 30, 2014 (in the UK, October 6). Co-commissioned for and recorded by Alarm Will Sound, the title piece references two songs by the English band Radiohead. Alan Pierson conducts this premiere recording of Radio Rewrite, which was composed in 2012. The album also includes recordings of Electric Counterpoint (1987) and Piano Counterpoint, which is a 2011 transcription by Vincent Corver of Reich’s 1973 Six Pianos; the works are performed, respectively, by Radiohead’s guitarist, Jonny Greenwood, and pianist Vicky Chow, who is a member of the Bang on a Can All-Stars.

Reich says of his new piece: “Over the years composers have used pre-existing music (folk or classical) as material for new pieces of their own. Radio Rewrite, along with Proverb (Perotin) and Finishing the Hat—Two Pianos (Sondheim), is my modest contribution to this genre.” He continues, “Now, in the early 21st century, we live in an age of remixes where musicians take audio samples of other music and remix them into audio of their own. Being a composer who works with musical notation I chose to reference two songs from the rock group Radiohead for an ensemble of musicians playing non-rock instruments: ‘Everything in Its Right Place’ and ‘Jigsaw Falling into Place.’”

Reich and Greenwood met in Krakow in 2010 during a festival of Reich’s music, where Greenwood gave a performance of Electric Counterpoint that its composer liked very much. (Greenwood has since performed it many more times, including during a London tribute to Nonesuch’s 50th anniversary at the Barbican Centre.) Reich says, “When I returned home I made it a point to go online and listen to Radiohead’s music and the two songs mentioned above stuck in my head. It was not my intention to make anything like ‘variations’ on these songs, but rather to draw on their harmonies and sometimes melodic fragments and work them into my own piece. As to actually hearing the original songs, the truth is—sometimes you hear them and sometimes you don’t.”

Reich says Piano Counterpoint “is an arrangement of Six Pianos in which four of the six piano parts are pre-recorded and the last two are combined into a more virtuosic single part played live. For these last two parts to be played by a single pianist it was necessary to move some of the melodic patterns up an octave giving the piece an increased sparkle and intensity. The amplification of the live player along with the pre-recorded playback adds additional electricity. Combined with the practicality of needing only a solo pianist, this arrangement can be heard as improving on the original.” 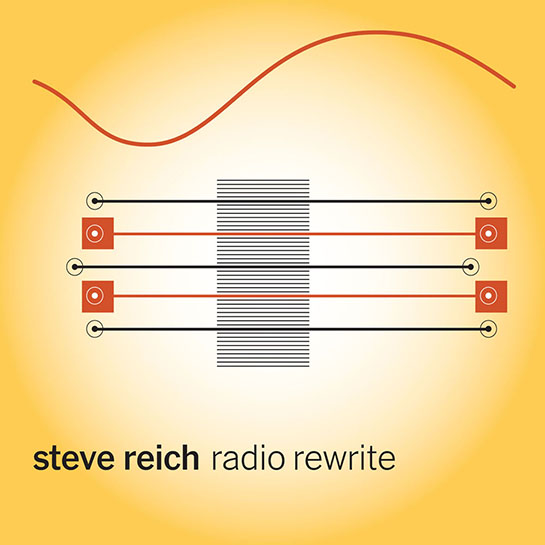