Kronos Quartet, overdubbed to three times its size, performs the title piece. The Boston Phoenix noted that Triple Quartet illustrates Reich’s “penchant for maximizing melody as well as the advantages of employing technology to widen the instrumental palette.”

In October 2001, Nonesuch released the world premiere recording of Steve Reich’s Triple Quartet performed by Kronos Quartet, who commissioned the work and in whose honor it has been written. This disc, the first to include a new work by Reich since the 1996 release City Life, will also feature first recordings of Electric Guitar Phase and Tokyo/Vermont Counterpoint, as well as the first recording of a newly revised edition of Music for Large Ensemble.

According to Reich, the initial inspiration for the piece came from the last movement of Bartók’s Fourth Quartet. “Its energy was my starting point,” he says. While working on the piece, he heard the music of Alfred Schnittke for the first time, specifically his string quartets, which deeply affected his writing, as did Michael Gordon’s Yo Shakespeare. Reich says, “the piece became considerably more dissonant and expressionistic than expected,” as a result of these influences.

Electric Guitar Phase (2001), performed by the young guitarist Dominc Frasca, is a new version of the 1967 work Violin Phase. It is written for four electric guitars, and on this recording Frasca performs all four parts, which are then overdubbed. The layers create a number of melodic patterns that develop from the combination of two or three electric guitars playing the same repeating pattern slightly out of phase with one another. Key melodic material is played softly at first and then at gradually increased volume, bringing it to the surface of the music and making the listener more aware of how the melodic pattern helps to create texture.

Alan Pierson, director of Alarm Will Sound and the Ossia ensemble from the Eastman School of Music, worked on reconstructing the original score of Reich’s Music for Large Ensemble, adding two extra violins to the string ensemble and making the saxophone and voice parts optional. The work was originally written in 1977 and revised for its first recording in 1979. Another reworked version of an older piece is Tokyo/Vermont Counterpoint (2000) for MIDI marimbas (KAT controllers), a new version of Vermont Counterpoint (1981), originally scored for flutes, alto flutes and piccolos. According to Reich it is not only a radically different version than the original, but is clearly “one with a sense of humor.” 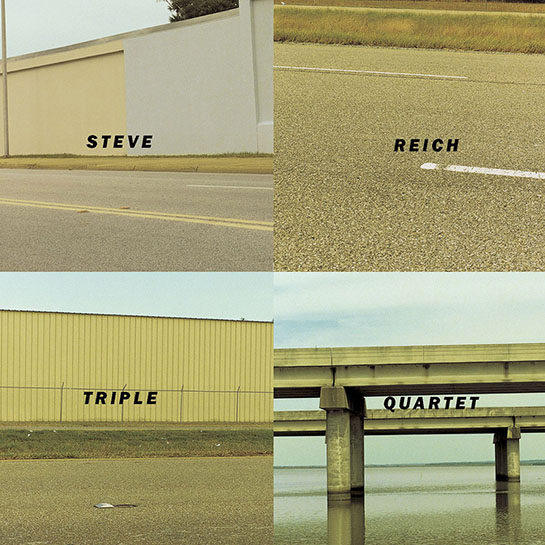