Reich is introduced to dance floors and chill-out rooms by such producer-mixers as Howie B, Cold Cut, Nobukazu Takemura, and DJ Spooky. Says the New York Times, “The composer adapts well, even gloriously at times, to his new environment.”

"Few living composers have created a style so fiercely original, immediately recognizable and wholly accessible ... it would be hard to think of any American music more important than this." —New York Times

"From the phase-shifting tape loop pieces of the early to mid-60s, to the later, more 'composed' works with their gradually developing cellular rhythmic and melodic structures, an approach which reached its apogee in the late 70s, Reich's music can be heard echoing across the Electronica spectrum, from the most hardcore German Techno to Aphex Twin, D*Note, Alec Empire, Tortoise, Panasonic...” —The Wire

It was 1991 when the Orb's "Fluffy Little Clouds" gave a major pop nod to Steve Reich, whose composition "Electric Counterpoint" served as the foundation for the band's breakthrough hit. Yet the Orb is not alone in their admiration of Steve Reich. Reich's entire output -- from early tape collages and pioneering work with phasing techniques to his later, larger and more intricate works, including collaborations with visual artists -- has served as both template and inspiration for a growing legion of electronic musicians and DJs. The ideas and strategies that Steve Reich has been mining for the past three decades have predated not only the sensibilities of today's youth culture, but also the technological developments that have shaped them.

It is the prevailing relevance of Reich's music to the post-modern chill-out rooms and concert halls alike that now lead us to Reich Remixed, a collection of Steve Reich material remixed by some of today's most important DJs and remixers. In addition to paying homage to Reich's work, Reich Remixed breaks down previously exclusive boundaries between classical and club music to create a new sound for audiences of today and tomorrow. 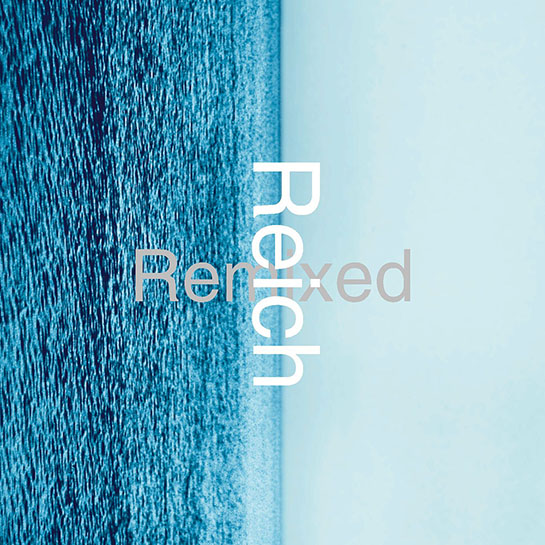