Following Three Tales' 2002 premiere, London's Independent declared that Reich "has written some of his finest music of the last 20 years" for this cautionary multimedia triptych about 20th-century technological advances, created with video artist Beryl Korot. The CD/DVD format of this album is no longer available.

Note: The CD/DVD format of this album is no longer available.

Nonesuch Records announces the release of its first two-disc DVD/CD package: Three Tales—the critically acclaimed three-part digital documentary video opera by renowned American composer Steve Reich and video artist Beryl Korot. The piece—in three parts entitled “Hindenburg,” “Bikini,” and “Dolly”—reflects on the wonders and perils of 20th century technological innovation by focusing on a trio of pivotal modern events. It premiered at the 2002 Vienna Festival before embarking on an international tour, during which it was hailed as “so vivid in its aesthetic presentation that it made these historical events as threateningly immediate as a blasting boom box on a subway car” by The New York Times and “…a major work, a sneaky sort of tragic masterpiece, whose sounds and images haunt the mind for days…” by The New Yorker. The Nonesuch release includes the complete work on DVD as well as a CD of the music by itself and arrives in stores August 19, 2003.

The first tale, “Hindenburg,” uses historical footage, photographs, specially constructed stills, and videotaped interviews. Beginning with the infamous zeppelin’s 1937 explosion in Lakehurst, New Jersey, “Hindenburg” also includes material about the vessel’s construction in Germany in 1935 and its final Atlantic crossing. The second tale, “Bikini,” is based on footage, photographs, and text from the atom bomb tests at Bikini Atoll from 1946 to 1954 and the forced relocation of the atoll’s inhabitants. While “Hindenburg” is presented more or less chronologically, “Bikini” is arranged in three repeated image/music blocks that form a kind of cyclical meditation on the events, throughout which are interspersed the two Biblical creation stories from Genesis. A short coda explores the period after the nuclear explosions. The final tale, “Dolly,” briefly shows footage, text, and interviews about the famous 1997 cloning of an adult sheep in Scotland. It then goes on to explore the idea of human-body-as-machine, genetic engineering, technological evolution, and robotics. “Dolly” features fragments of interviews with prominent members of the scientific and religious communities, some of which were manipulated through two cutting-edge sound techniques: slow motion sound and freeze-frame sound.

Steve Reich, who has been called “America’s greatest living composer” (The Village Voice) and “the most original musical thinker of our time” (The New Yorker), has embraced not only aspects of Western classical music, but also the structures, harmonies, and rhythms of non-Western and American vernacular music—particularly jazz—throughout his career. His ensemble, Steve Reich and Musicians, regularly tours the world. Musical America named Reich, a two-time Grammy winner, Composer of the Year in 2000. Beryl Korot is an internationally exhibited artist who first became known for her early pioneering work in video art, particularly multiple-channel work. Her installations have been exhibited at New York’s Whitney Museum, the Leo Castelli Gallery, and The Kitchen, as well as the Dusseldorf Kunsthalle and Sofia Reina Museum (Madrid), among other venues. Reich and Korot previously collaborated on The Cave, a music theater video piece exploring the biblical story of Abraham, Sarah, Hagar, Ishmael, and Issac.

All music written by Steve Reich 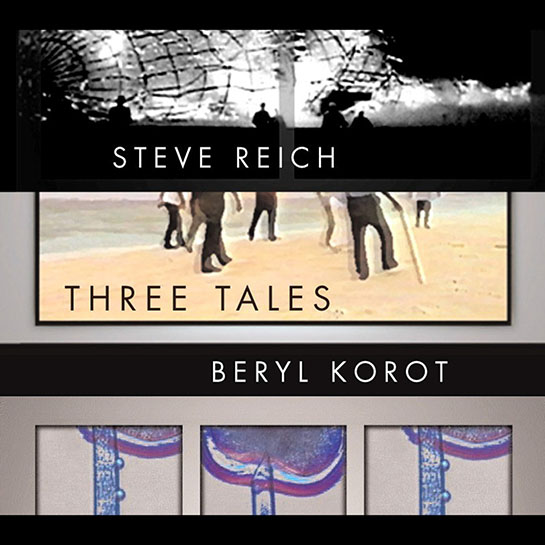