Mehldau interprets Gershwin, Monk, Nick Drake, and Radiohead. The Philadelphia Inquirer declares, “Mehldau shows more than awesome technique on this heartfelt romp ... He dives deep like Keith Jarrett and comes out in unexpected places like an explorer.”

Brad Mehldau recently was described by the Washington Post as “one of his generation’s most gifted and thoughtful pianists.” On his Nonesuch debut, Brad Mehldau Live in Tokyo, he interprets material from artists as varied as George and Ira Gershwin, Thelonius Monk, Nick Drake, and Radiohead. The record, which was recorded during a recent solo performance in Japan, will be released on September 14, 2004.

Mehldau first came to the attention of jazz audiences in the early 1990s as a member of saxophonist Joshua Redman’s quartet. He soon embarked on a recording career of his own, releasing ten critically acclaimed albums on Warner Bros. during the last decade. Included among them are five volumes of his Art of the Trio series with bassist Larry Grenadier and drummer Jorge Rossy; a classically inspired solo studio disc, Elegiac Cycle; and Largo, an experimental outing with producer Jon Brion (Aimee Mann, Fiona Apple) that introduced electronic and subtle pop elements into Mehldau’s approach. His most recent trio record, Anything Goes—which the New York Times called “the best Mehldau record yet”—was released in early 2004. Mehldau currently is working on a piece commissioned by Carnegie Hall for voice and piano, to be performed in the spring of 2005 with soprano Renee Fleming.

Speaking of this recording and his new label, Mehldau said, I’m very happy and excited about my new relationship with Nonesuch Records. I’ve been a great fan of so many recordings from Nonesuch over the years—Dawn Upshaw’s lieder recitals, Richard Goode’s Beethoven Sonata Cycle, Bill Frisell’s recordings, or Steve Reich’s music, just to name a few. It’s a real honor to be associated with such a level of integrity. From the first time I met Bob Hurwitz and talked with him, it struck me that he is first and foremost concerned with the musical quality of the recordings he is involved with, and everything else is secondary. Many other people in the music business may preach a ‘music first’ philosophy, but the team at Nonesuch is actually practicing that philosophy”

Nonesuch President Robert Hurwitz added, “I have greatly admired Brad from a distance for years; when the opportunity arose for a chance to work with him, we immediately jumped at it. It is one thing to be a great pianist, another to be an original, and yet another to be a visionary. To be all three at once is the rarest of events. We feel Brad is this rare of a musician, and we are privileged to be working with him at Nonesuch.” 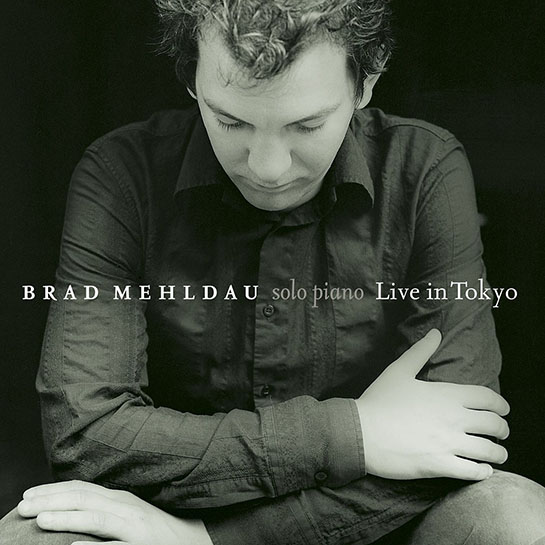