Grammy-winning guitarist, composer, and bandleader Bill Frisell teams up with two of his musical idols, bassist Ron Carter and drummer Paul Motian, on this album, produced by Lee Townsend and featuring original compositions from each musician along with songs by Thelonious Monk, Hank Williams, and others.

Frisell considers this album a major personal accomplishment. He says, “To hear Paul and Ron play together was a dream come true for me. I knew they had worked together a little bit in the 60’s and was sure they would reconnect in a big way.  During the sessions I was so mesmerized listening to them­—most of the time I wasn’t even aware that I was playing too! I wanted the album to be live, all of us playing in a room. It was recorded quickly, with no rehearsal.”

Speaking of Carter and Motian, Frisell says, “In high school I heard Wes Montgomery’s Bumpin’ on Sunset. This was the first ‘jazz’ solo I learned to play on the guitar. The floodgates were opened and soon I was listening to Miles, Eric Dolphy, Jim Hall, Kenny Burrell, Sonny Rollins, Herbie, Wayne, Tony, Sam Rivers, Freddie Hubbard, McCoy, etc. This music changed my life. Ron Carter is the thread that runs through all of it, since he played with all those guys. It’s awesome to think about.” He continues, “I first had the chance to meet and play with Ron on Joey Baron’s albums, Down Home and We'll Soon Find Out. He then invited me to play on his album Orfeu. We’ve done some gigs with Joey’s band and also some duo gigs at the Blue Note Club in New York.  He’s been so supportive of my music and me. I wrote a tune for him, ‘Ron Carter’ on my Blues Dream album. The bass line has only two notes.

“Paul Motian is my musical father. There’s no way to put into just a few words the impact he has had on me. He helped me find my musical voice. In 1968, I heard him play live for the first time with Charles Lloyd’s band. So, just as I was discovering Ron’s music I also found Paul’s with Bill Evans, Paul Bley, Lennie Tristano, etc. In 1981, Paul was looking for a guitar player and Pat Metheny recommended me. Paul called and invited me to come to his apartment and play with bassist Marc Johnson. Bill Evans had recently passed away and they were reminiscing about their time spent with him. The first song we played together that day was ‘My Man’s Gone Now.’ We’ve been playing together ever since.”

In a career that spans three decades and more than 100 recordings, Bill Frisell has been hailed by the New York Times as “the most significant and widely imitated guitarist to emerge in jazz since the beginning of the 1980s.” Frisell’s Nonesuch discography comprises more than 20 albums, primarily featuring his own compositions, and recently was cited by DownBeat as “the best recorded output of the decade.” Highlights include the live album, East/West; Unspeakable, a collaboration with Hal Willner and the 2005 Grammy Winner for Best Contemporary Jazz Album; the 2004 Grammy-nominated The Intercontinentals; Ghost Town; two CDs of original scores for Buster Keaton films; Nashville, which was recorded with colleagues including mandolinist Adam Steffey and banjo player Ron Block, dobro great Jerry Douglas, and bassist Viktor Krauss; a trio recording with Elvin Jones and Dave Holland; and collaborations featuring Jim Keltner, Greg Leisz, and Krauss (Gone, Just Like a Train and Good Dog, Happy Man). His recorded works also include covers of music by Charles Ives, Stephen Foster, and Bob Dylan, among others. Frisell recently performed on albums for Loudon Wainwright III, Paul Simon, and Lucinda Williams and worked with T Bone Burnett on the Johnny Cash Walk the Line film score. 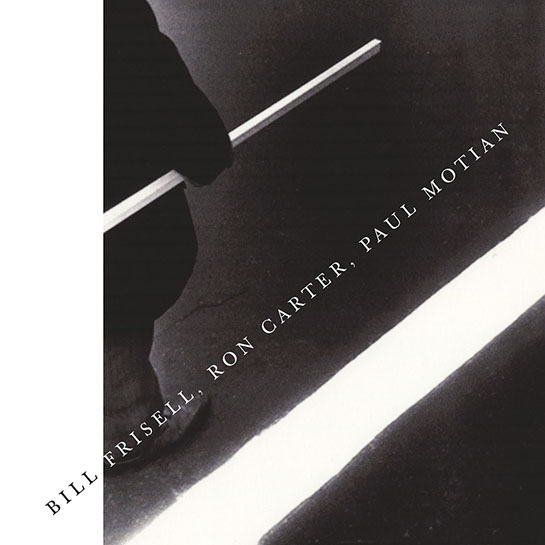