Guitarist Frisell and pianist Fred Hersch explore American Songbook classics. Says New York’s Daily News, “Their romanticism is edged with a contemporary tartness ... They remap and reinvigorate standards like ‘I Got Rhythm’ in sly, appealing, and often hilarious ways.”

The album by pianist Fred Hersch and guitarist Bill Frisell, Songs We Know, is a stirring collection of standards. Recorded in 1997 in San Francisco, the session highlights the coming together of two of the most distinctive stylists of our time.

Hersch, whose work “has developed an intensity of intelligence and emotional directness unparalleled among his peers” (The New Yorker) and Frisell, who was deemed “the most significant and widely imitated guitarist to emerge in jazz since the beginning of the 1980s” (New York Times), teamed up for a session that became what Boston Globe jazz critic Bob Blumenthal, in his liner note to the recording, calls “one of the most singular encounters in years.”

Hersch and Frisell trace their relationship back to the 1980s, when they played a few gigs together in New York City, collaborating with such musicians as Marc Johnson and Joey Baron. When they found themselves labelmates on Nonesuch Records, one of Hersch’s first thoughts was to make an album with Frisell.

Frisell and Hersch concur that the session could have gone many different ways, but it was their mutual love for the standards, with all of their simplicity, history, and potential for new interpretation, that led them to what is heard on Songs We Know. Both players are driven by the idea of sound, and the openness of these tunes was a source of inspiration throughout the session. 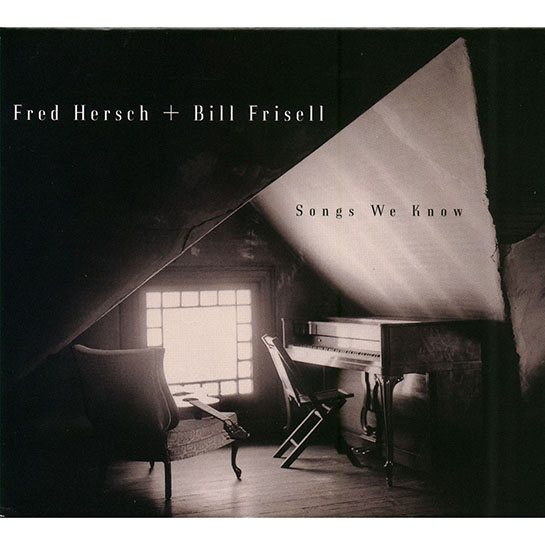