Frisell organizes a new septet of old friends, including Kenny Wollesen (drums) and Greg Leisz (pedal steel). “Sometimes the ensemble achieves a kind of orchestral grandeur,” declares The Guardian (UK). “Other times they settle down to play the blues.”

The follow-up to the intimate solo guitar album Ghost Town (2000), Blues Dream presents Frisell’s music painted across a much larger canvas, tying together strands that have been running throughout several of his most recent offerings. In the preceding years, he had been working on a number of different projects, "playing with different people that I didn’t know and instruments I’d never played with,” he says. “On Good Dog, Happy Man I met Greg Leisz; that was the first time I’d ever played with him. I started feeling like I was getting into having a more regular group, like a language and communication was beginning to gel with these people.” Leisz brought his frequent collaborator Piltch (Holly Cole, Blood Sweat & Tears) to Frisell’s attention, while Wollesen is one of New York’s most respected drummers and a member of Frisell’s working Trio.

The music on Blues Dream combines the homespun lyricism of Frisell’s recent records with the expanded tonal palette and harmonic sophistication afforded by a larger group, something he had explored as far back as his first Nonesuch recording, Before We Were Born (1989). “Every few years or so, I have a little working group, and then I get the urge to expand it a little. The center of this record, for me, is the regular quartet I’ve been working with, and the horns are people that have been involved in all sorts of things I’ve done.” Far from serving as mere window dressing, the horn section is fully integrated into the band’s arrangements. “The arranging is a way for me to illustrate and expand what’s going on, like things that I do all the time with just my guitar. It’s a way of clarifying what I’m doing.”

The 18 tunes on Blues Dream, all new compositions commissioned by the Walker Arts Center, include evocative miniatures and musical portraits of friends and further cement Frisell’s reputation as a composer who has created a genre unto himself. He combines elements of jazz, folk, bluegrass, country, blues, and more into a unique sound that the Los Angeles Weekly has dubbed “as unmistakably American as that of Charles Ives or Duke Ellington.” Blues Dream is Bill Frisell’s 14th recording for Nonesuch.

All compositions by Bill Frisell 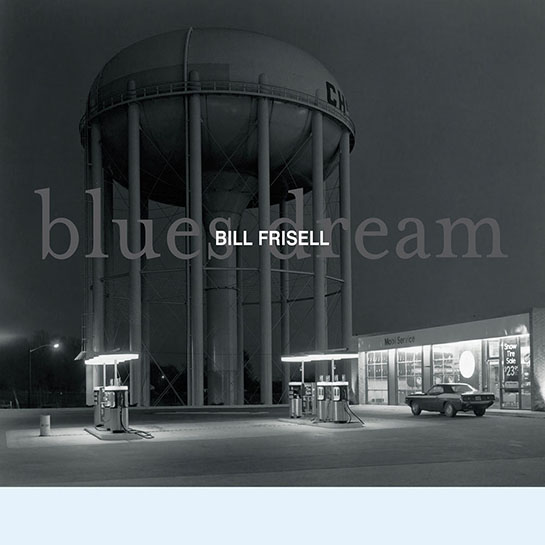