Guitarist Bill Frisell’s music can rarely be classified as traditional jazz, and the band on Quartet is also a departure from the traditional jazz quartet—and from the musicians with whom he has worked on several previous projects. Dubbed a “masterpiece” by the New York Times, the album features Frisell on electric and acoustic guitar, Ron Miles on trumpet, Eyvind Kang on violin and tuba, and Curtis Fowlkes on trombone.

“It’s heavily weighted in favor of composition over improvisation,“ the New York Times states, “and his guitar—sometimes electric, sometimes acoustic, sometimes vague and airy, sometimes cold and hard—motors quietly in and out of the horns. He may be after blues seriousness or slapstick humor. But he’s always after grace and movement, and the album is an achievement, a profound mix of the old and the new.”

The instrumentation on Quartet evokes a distinct American regional flavor, incorporating melodic jazz and even country styles. The album includes short tunes for film, as well as several from Gary Larson’s CBS special Tales from the Far Side. Universally recognized for his dazzling technique and innovative style, and often noted for his sizzling, free form delivery, Frisell offers an album of original compositions that is defined by an organic compositional unity.

The Bill Frisell Quartet was formed in the spring of 1995, and has performed in San Francisco and Seattle and toured in Europe. “It’s so different from the traditional guitar-bass-drum thing, even though Joey Baron, Kermit Driscoll, and I never played like a typical jazz trio,” Frisell says. “This group, with violin and brass, can play an orchestral range of sounds. It’s gigantic.”

Frisell’s two 1995 Nonesuch recordings of soundtrack music for Buster Keaton films prompted the Oakland Tribune to call him “the most inventive and compelling guitarist to emerge in more than a decade. Bill Frisell has become a modem legend among guitar players.”

Much of the music here has been arranged for the quartet using themes originally written for film. Tracks 1, 5-7, 9, and 12 are from Tales from the Far Side, an animated television special created by Gary Larson. Tracks 3 and 13 are from the Italian film La Scuola directed by Daniele Luchetti. Tracks 4 and 10 were written for the Buster Keaton film Convict 13. All compositions by Bill Frisell except Track 8 by Bill Frisell and Ron Miles. Tracks 5 and 9 borrow from "Deep in the Heart of Texas." 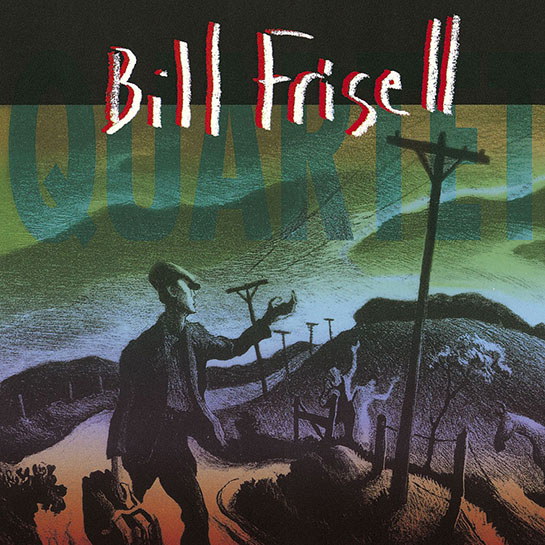