Guitarist, composer, and bandleader Bill Frisell marked his first-ever solo release in 2000 with Ghost Town, a project he considers a major personal milestone. The idea of making a solo record is one that had been simmering for a long time, “for as long as I’ve been playing,” recounts Frisell.

Frisell believes that one of the most important aspects of music in general, and certainly in his own music making, is interaction. An essential element of his creative process is responding to stimulus from other musicians, and so the prospect of playing alone was a great challenge, both technically and creatively. Finding a way to be comfortable with silence was one of his primary concerns with the truly solo performances. For the more layered material, through the use of loops and overdubbing, Frisell learned to rely solely on his own sound, creating an environment where he could feel the same sense of responding to other musical voices.

Much of the original material on the album (except for "Ghost Town" and "Poem for Eva") receives its first recording here. Rounding out the set of originals are several cover tunes that Frisell links to various historical periods in his life and different stages in his musical development. “I’m So Lonesome I Could Cry” by Hank Williams and “Wildwood Flower” by A.P. Carter reflect on some of the ideas he had been exploring in the previous few years. Frisell has been a fan of John McLaughlin ever since he started listening to jazz in 1969, when he heard McLaughlin on Miles Davis’ classic Bitches Brew sessions, and McLaughlin’s “Follow Your Heart” had been a favorite for some time. Frisell first heard “My Man’s Gone Now” (George & Ira Gershwin) the very first time he discovered Jim Hall on a recording with Bill Evans. 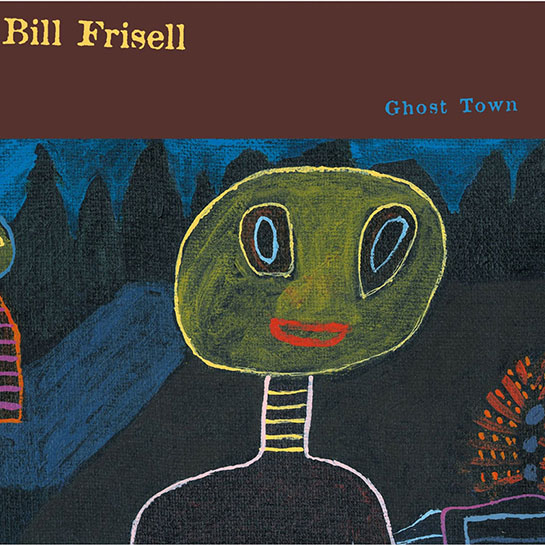